I learned about a lot more than just cheerleading from my experience on Kentucky’s 20-time national championship squad. I’m so thankful for the opportunities it provided me with and the important lessons I learned along the way. UK cheer definitely taught me a thing or two about responsibility, hard-work, teamwork and life in general. In honor of the Kentucky Cheerleading reunion in Lexington next weekend (!!), I wrote about a few transferable skills I developed—that made me more prepared for the transition into the real world. 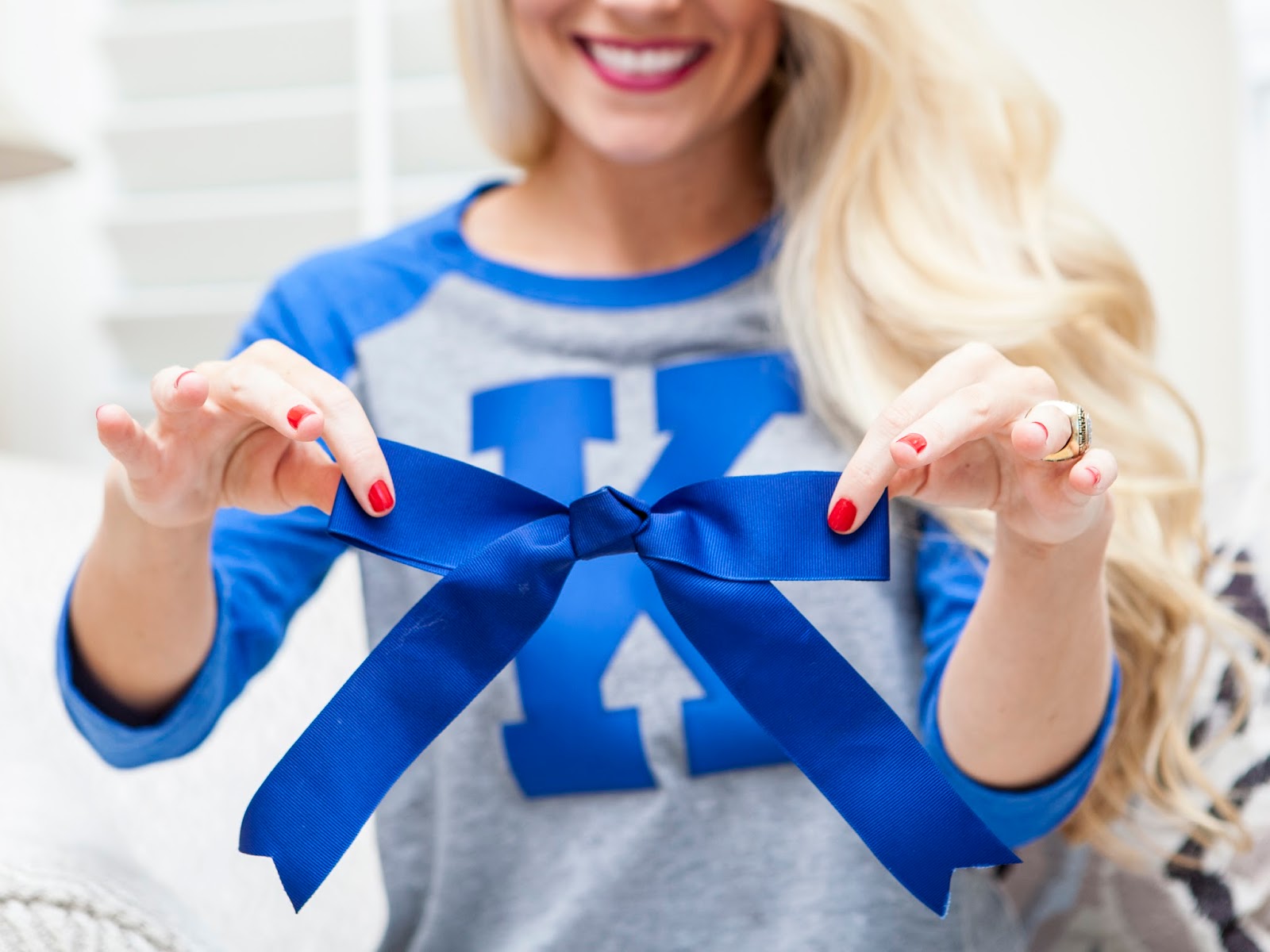 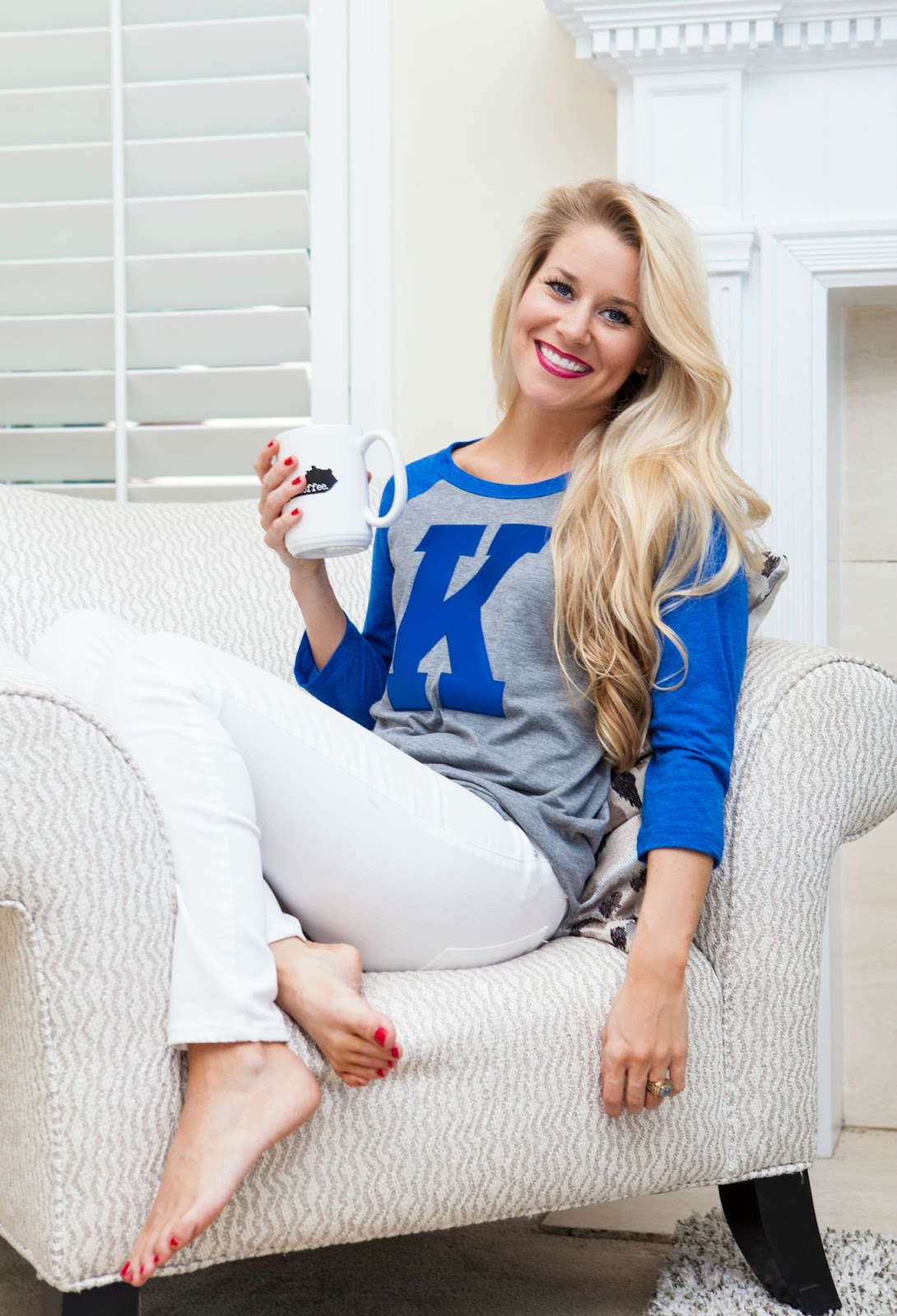 1. Hardwork and Dedication. I spent Thanksgiving and Christmas break away from my family for 4 years due to bowl games and nationals season, which meant two-a-day practices every day for a month. While we all would’ve loved to be at home relaxing during the holidays, we knew the sacrifices it took to call ourselves the ‘best team in the country‘. We put in endless hours of practicing skill after skill in efforts to make our 2.5 minute routine flawless, because second place wasn’t an option. I remember one year we filmed a tick tock heel-stretch 120 times before we got the perfect one to send in to the judges for taping. I learned that if you want to be best at something, you have to be willing to put in the time and effort to get there – no matter what. 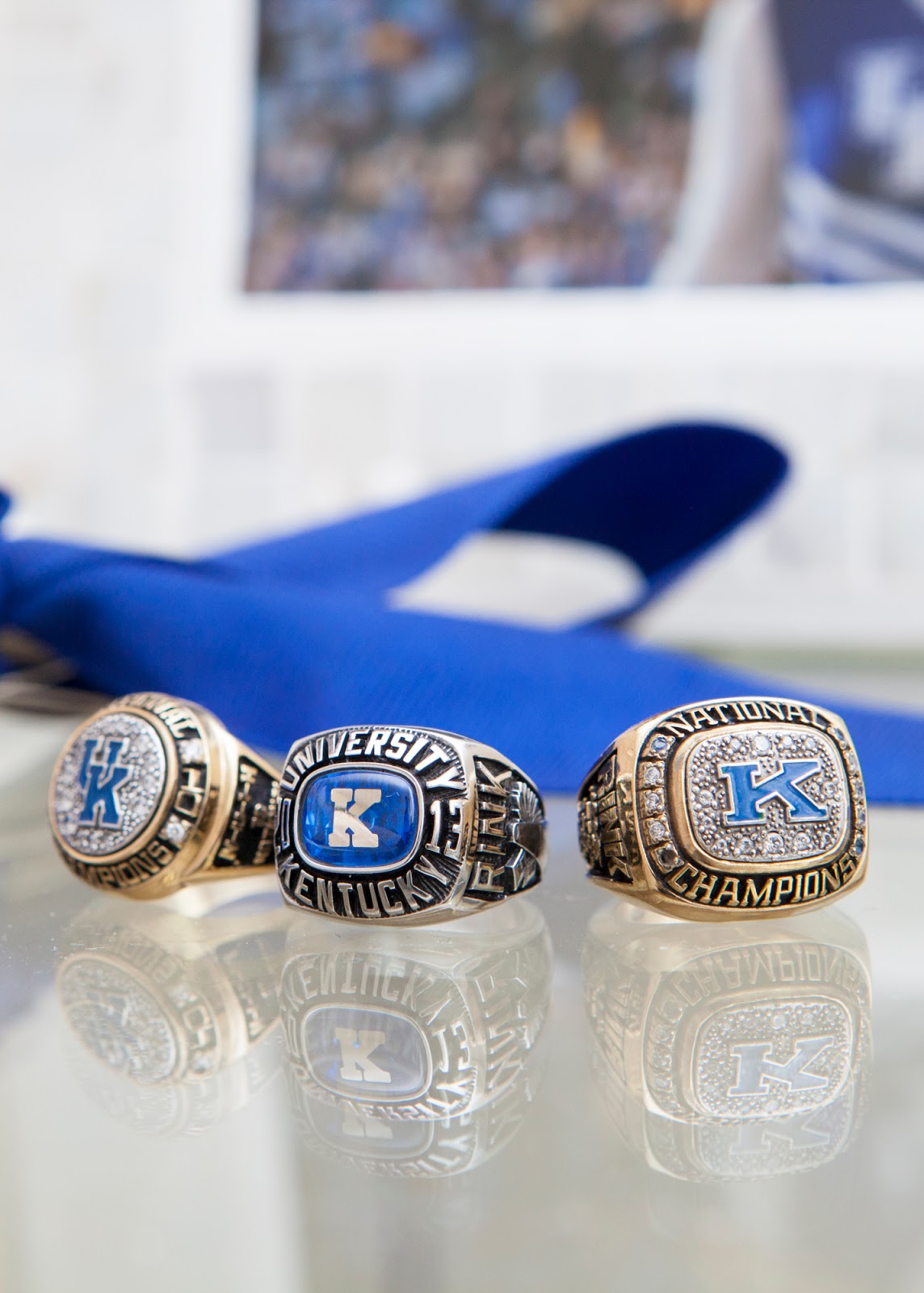 2. Performance under pressure. Competitive cheerleading is a lot different than most sports. You don’t have ‘good plays’ or ‘bad plays’ and still have a chance at winning the game. In cheerleading – not only can one mistake make the difference between 1st and 2nd place, but you also have an entire team counting on you to perform your routine perfectly in front of 24,000+ people. So, I’d like to think I know a thing or two about performing under pressure thanks to cheerleading – which definitely comes in handy in the working world. 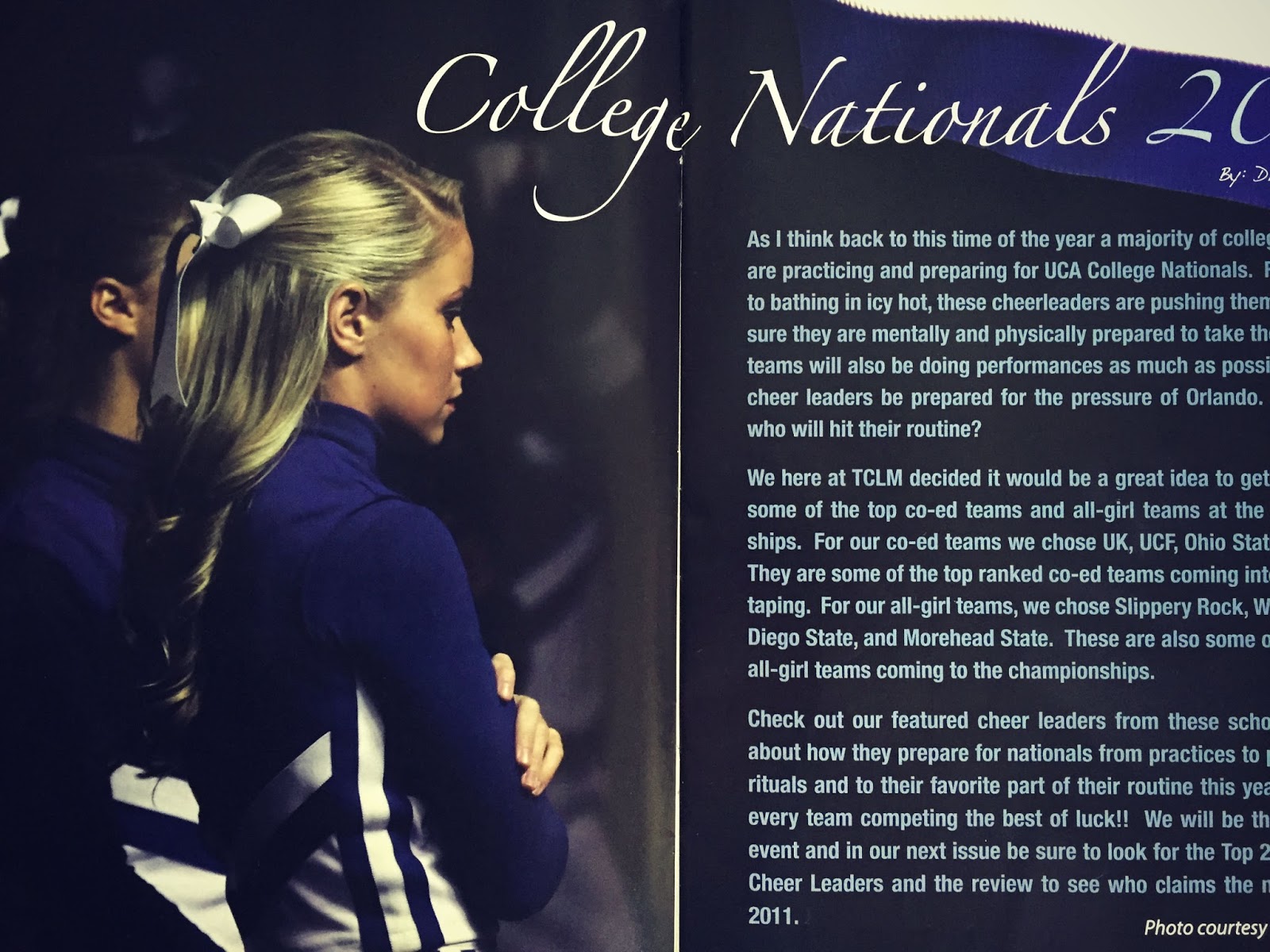 3. High Risk, High Reward. I’ve realized that the people who step outside their comfort zone to do the things most people wouldn’t do, are the ones that are making things happen for themselves. At Kentucky, we’d always rather be known as the team who brought innovative and difficult skills to the competition mat every year as opposed to the team who hit easy fool-proof stunts to play it safe. We wanted to get people talking, that’s the best part of cheerleading the “did you just see that??” moments. (Like this pyramid at 0:30 where we swung upside down between someone’s legs – imagine trying that for the first time!) 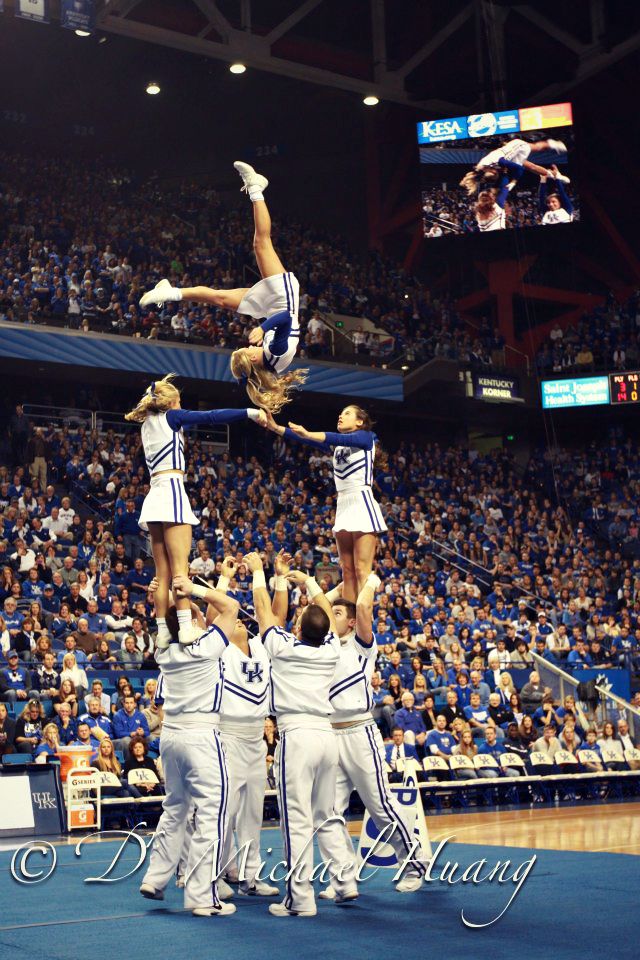 4. Men. There aren’t many (if any) co-ed sports teams out there. So now that I’ve experienced first hand that men are literally from another planet than us, it has really helped me understand how to be flexible and willing to compromise in order to make things work. Your relationship with your stunt partner determined how successful you were together – so regardless of the differences, you had to  find a way to make things happen. Male-female communication was a HUGE part of cheerleading – which definitely translates into the real world where men and women are expected to work together in a professional atmosphere. 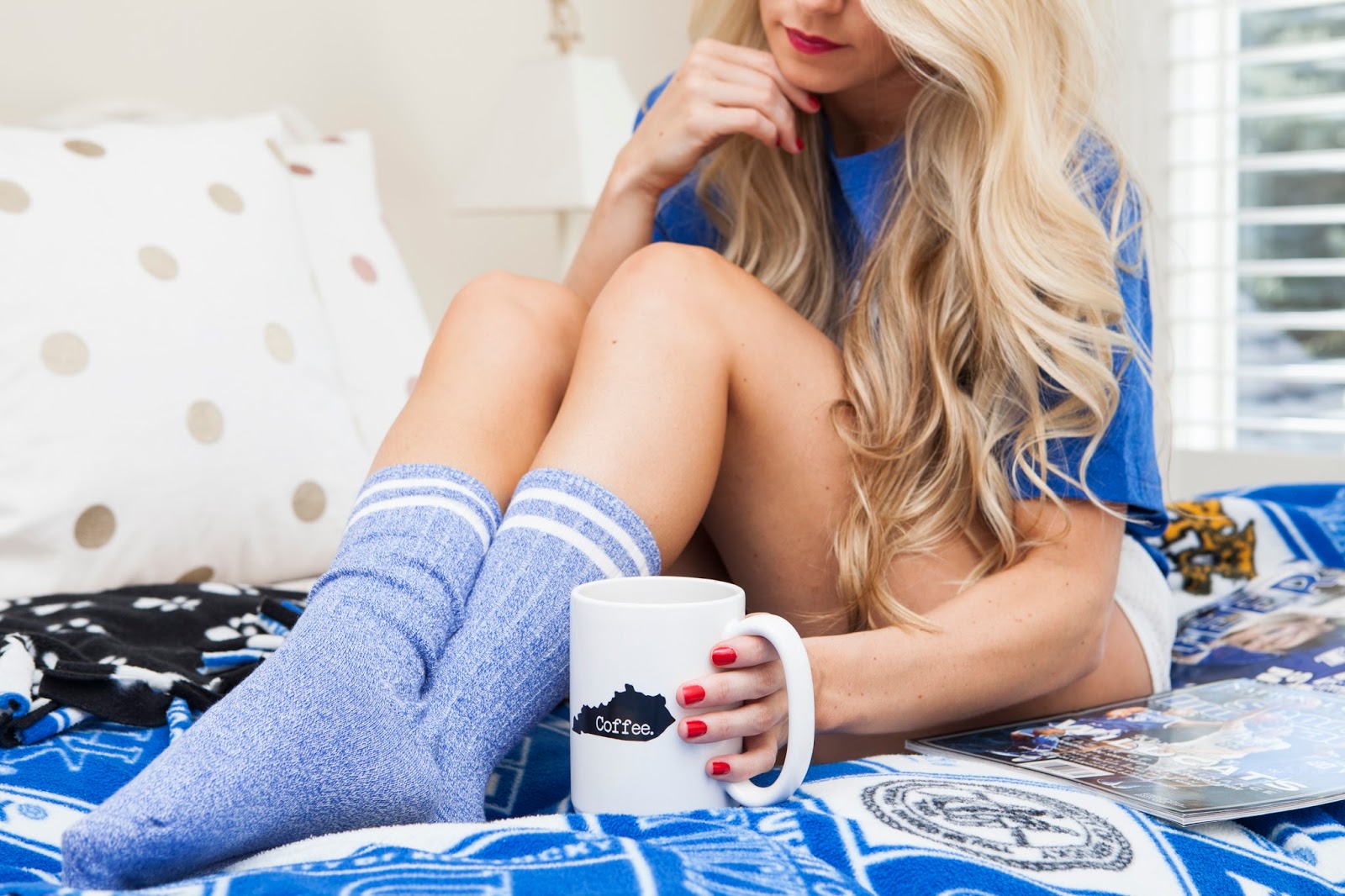 5. Making your goals happen. At Kentucky, it wasn’t really a matter of “if we win nationals this year”.. it was always “when we win nationals this year”. I’ve learned that having this kind of driven attitude about your goals is the best way to actually achieve them. It holds you more accountable and in a way you pretty much convince yourself that you’re going to make it happen. Believing you can do something is always half the battle. It takes a little bit of ignorance and a lot of confidence. 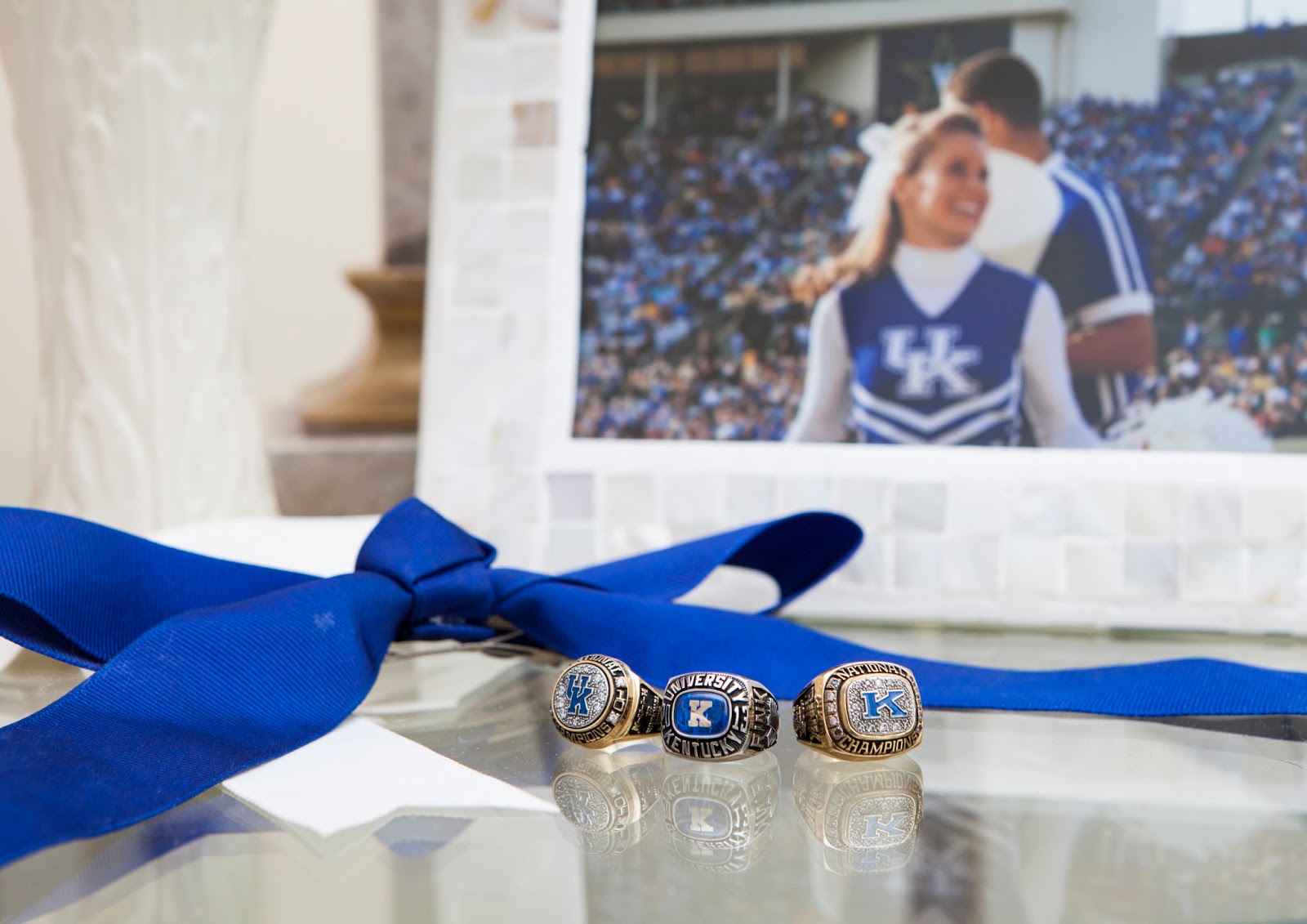 6. No excuses. It’s easy to make excuses for why something isn’t ‘hitting’ or why you weren’t performing well that day. While sometimes those excuses may be true, when you’ve reached a level of cheerleading where everyone on your team is the best in the country, there really isn’t any room for excuses. Just like in any cut-throat job position – excuses don’t really fly. If you didn’t want to be thrown 30 feet in the air, twist, flip, and land back in someone’s arms.. that was fine, there were 9 other girls waiting to take your spot. 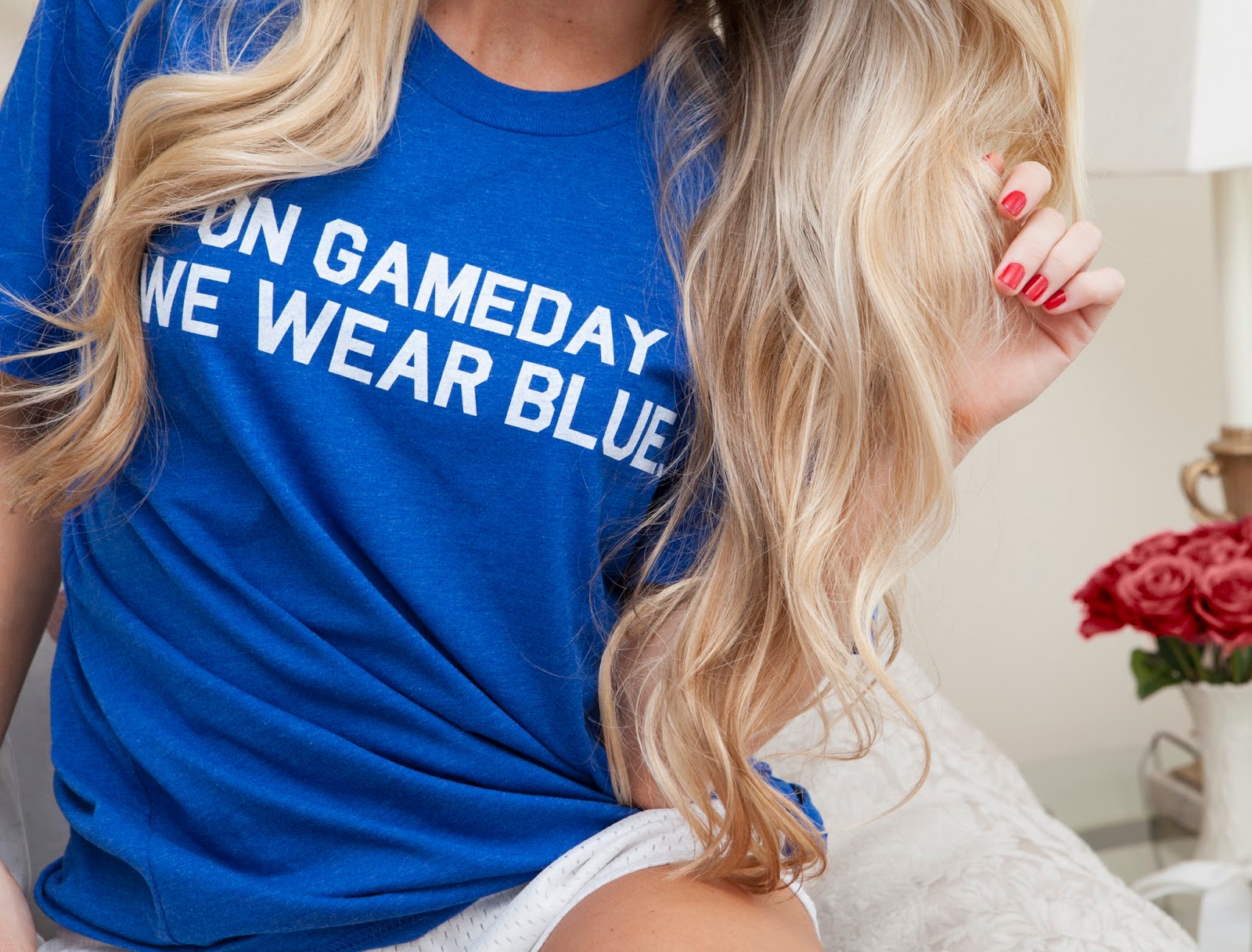 7. Time management. Trying to balance a full load of classes while making it to practices, workouts, appearances, and traveling the country during the week to cheer on UK athletics was a challenge. But it was one of the most beneficial lessons I learned through cheer – learning how to manage my time, get things done, and meet deadlines. 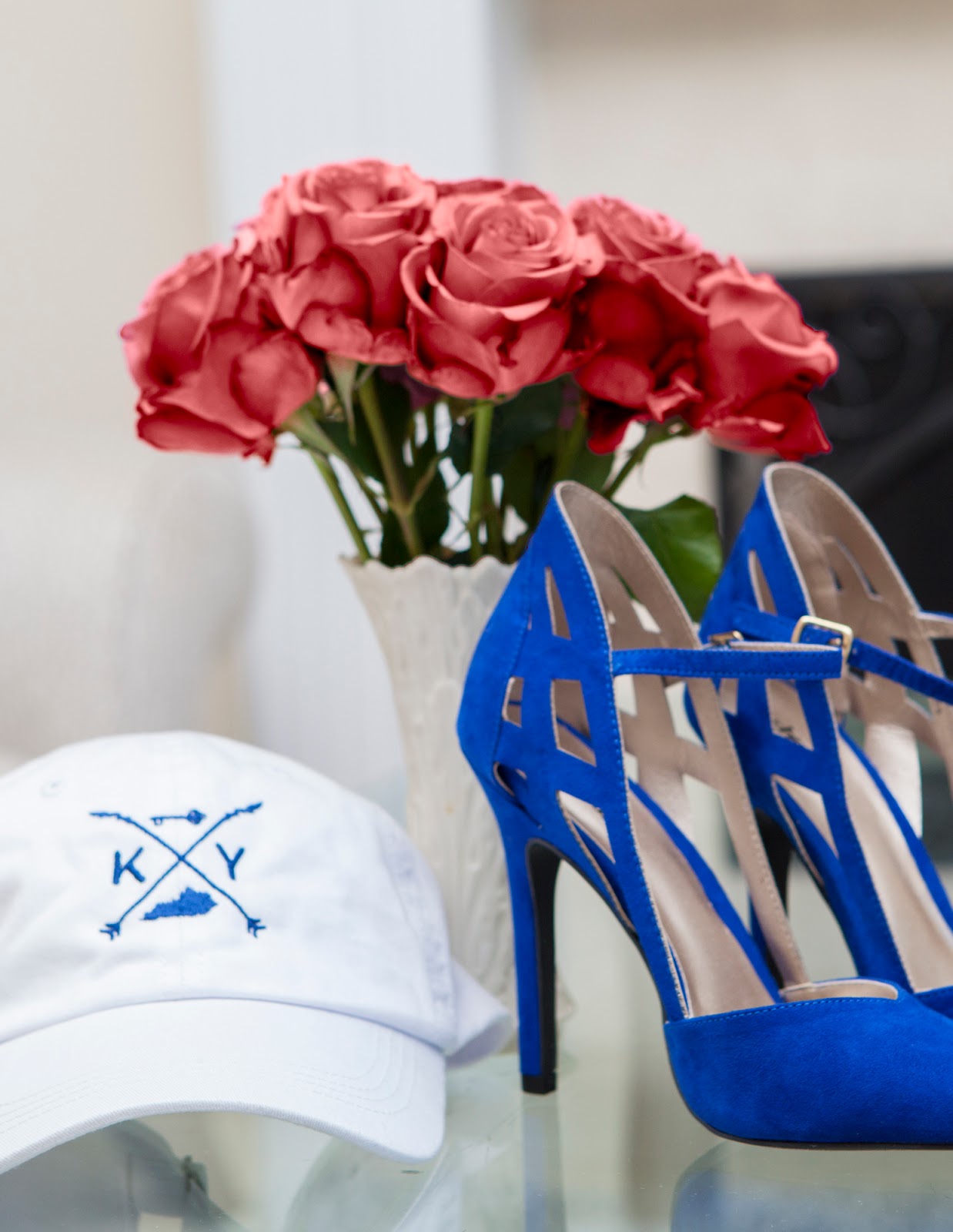 8. Teamwork & accepting constructive criticism gracefully. In order to be the best, you have to learn from the best. We all came from different squads around the world where we were the best on our team. Having 20 MVP’s on one squad can be quite the transition, and you’d imagine there might be a bit of an ego problem. But at Kentucky, that was one thing we did best – we put the team first because we knew that was the only way to success. You can’t hit a pyramid unless every single person underneath it does their part.  Being a team player and responding positively to constructive criticism will get you places in life! 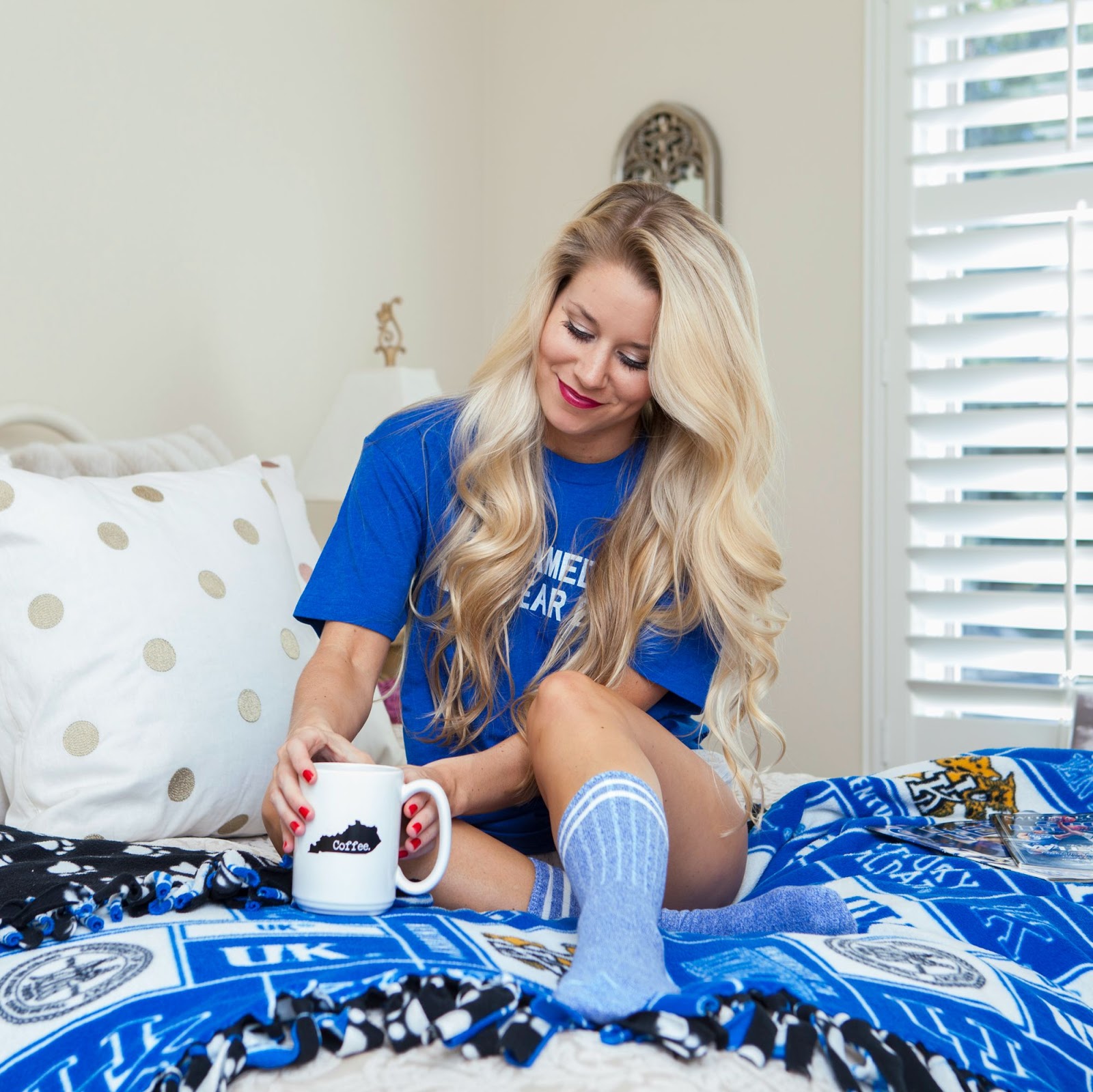 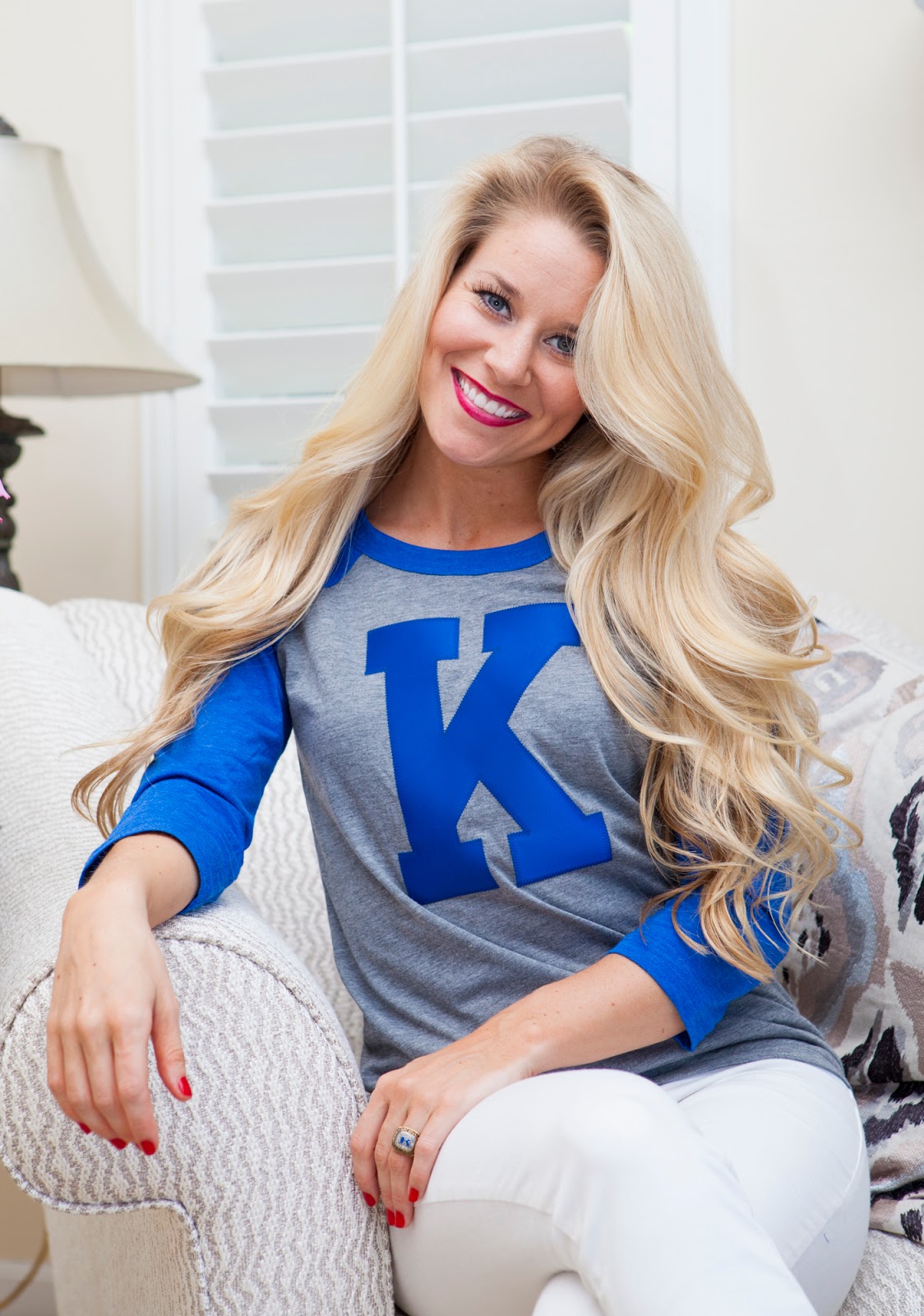 Kentucky will always have a special place in my heart, thanks for reading and GO CATS! 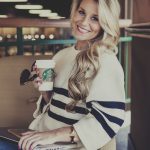 How I Stay OrganizedADVICE + THOUGHTS 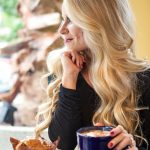