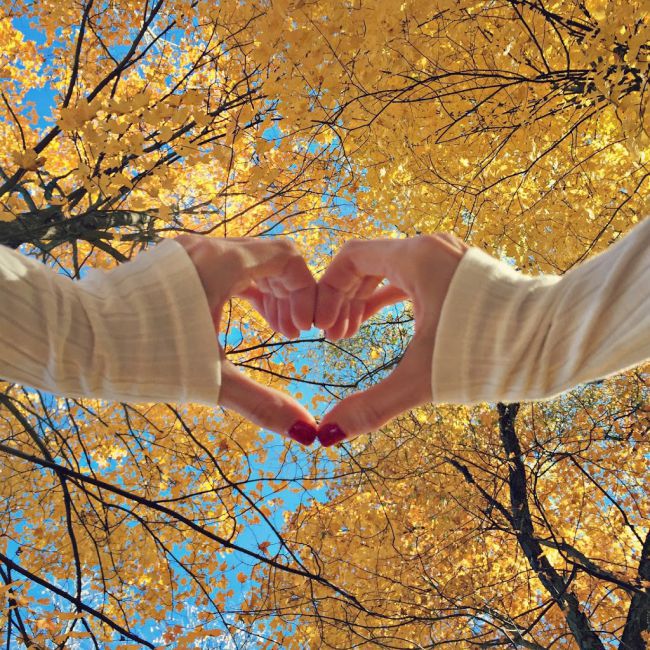 One of the best things about having my blog is getting the chance to talk to so many different girls about their relationship with God and hearing about what He’s doing in each one of their lives. Occasionally I’ll get e-mails asking how I’m “so confident in my faith” or how “I seem to have it all figured out“, so for those of you wondering, here’s my answer to your question: I don’t. But one thing I have figured out is that you won’t find the answers unless you go searching for them. And that’s exactly what I’m doing – praying, seeking, and asking for His guidance.

There are very few people I know that I believe are 100% sure of what their beliefs are. I personally think everyone is struggling with this in their own way and we are all just doing the best we can with the guidance our Heavenly Father gives each of us. I’m always struggling. Every single day. But in a way, I think that’s ok, because it means you care enough in your heart to want to know more about why you’re here and where you’re going. I truly believe God wants us to search for deeper answers which lead to deeper meaning in our lives. I’ve always been curious about who God is. What He’s like. Why He made us. When we’ll meet him. What He wants from us. Some people are content with not knowing these answers, but I’m not one of those people.

I was raised Catholic and attended Catholic Church every Sunday with my family for the first 18 years of my life. Growing up, I never thought too much about my religion. I was a Catholic because my parents were Catholic and they set an incredible example of how to live a Christ-like life in the way they raised us. I never really got “into” church services, it seemed like I was just going through the motions. It wasn’t until I went away to college and started attending a non-denominational Christian church with some of my teammates that I really started to think about the bigger questions. The way the pastor talked about God’s love for us and the stories he told of all the ways His love is changing people’s lives around the world were so powerful to me. I left so many services in tears, overwhelmed by how full my heart felt. I feel like this is when I started to understand more about God, what He did for us, and what it all meant to me. It became less about what church I worshiped in, and more about the personal relationship I had with Him. Less about following rules and more about following God.

But the most important thing I learned from attending this church is that I am the daughter of a God who loves me more than I could ever imagine and sent His only son to save us from our sins, so that eventually we could return to live with Him in heaven someday. Knowing this has made the good things in life so much better, and the hard things easier to handle.

At this point, I had formed a much closer relationship with God, but my mind was still filled with a list of never ending questions. Why do bad things happen to good people, why are there 33,000 different christian denominations, why was I given a comfortable life when there are people in this world who consider each day they’re alive to be a miracle? I didn’t understand why I was so blessed while others were struggling each day to just get by. What kind of God could let such horrible things happen to people, was there a greater lesson behind it all?

Learning more about Jesus’s life, ministry, and WHY God sent him to us didn’t necessarily answer all my questions, but it gave me the peace of mind and the ability to accept the fact that it’s ok to not know all the answers. I realized that being right and having all the answers isn’t as important as being faithful and trusting that His way is the right way, regardless of if it all makes perfect sense in my imperfect human mind. It’s this vulnerable space that determines the aptitude of your faith. Jesus did many things that even his own disciples did not understand at the time. “You do not understand now what I am doing, but someday you will” John 13:7, it is enough that we can love and obey now, and that we will know the reasons at a later time.

I call myself a Christian, but I will be the first to admit I do not always act like one. I also know that there are lots of non-religious people in this world acting more Christ-like than some of the most ‘devout’ Christians. As imperfect humans, we are guilty of creating our own idea of who God is in our minds that aligns with our own personal preferences – we make up an easy God that conveniently ‘fits’ into our lives, doesn’t take up too much room, and we can pull him out when we need him. Scripture study, attending church, and praying are all wonderful things, but we are called to live like Him and do the things we read about. He wants us to love, and to love unconditionally – especially those who aren’t so lovable. To be selfless and to serve others. To do the right thing when it might no be the easiest. To keep his commandments and teach others about Him. Being a Christian means living your life in a way that people will know you have the love of Christ in your heart, without having to announce that you are a Christian. Actions > Words.

It became less about what ‘religion’ I was, and more about how I felt closest to Him. I still attend Catholic church with my family all the time – I have no problem worshiping in different churches – my God is constant no matter what building I’m praying in! Which brings me to my final point – and a little bit of a curve ball in my life that I didn’t see coming.

I met Chris in Mexico on New Years Eve almost 2 years ago right after the ball dropped (more about that crazy story here). I’m not a big drinker – I’m about 90 pounds and after about 2 glasses of wine I’m dancing on the tables..but really, that’s where he found me, dancing on a table with my sister. He was cute, persistent, funny, and he was also completely sober. I asked him why he was sober on NYE in Mexico, and he replied and said, “I’m a mormon, I don’t drink”. At first I laughed, but after taking a second to think about it, I was kind of intrigued. A cute guy with a good personality that doesn’t have to be drunk to make a girl laugh? Tell me more.

Chris has been a blessing in disguise and a huge eye opener to my small minded idea of what it meant to be a Christian. As most of you know, I lived in Salt Lake City for a year – yes, land of the Mormons. My best friends, co-workers, and a lot of Chris’s family members are Mormons, so it was a completely different world for me – considering I had never met a single Mormon in my life! Although there are a few obvious differences between Mormons and other Christian denominations, there are so many similarities and so many new things I learned from living among a group of people who are so devoted to carrying out God’s work here on earth.

I’ve learned so much about God’s love for us from dating Chris. He is the first guy I’ve dated that has had an obvious love for God that he was not afraid to tell me about. We can talk for hours about spiritual things – which is pretty rare in the dating world today. Our relationship has taught me that regardless of what religion you are, God loves us all the same. We are learning from each other and praying for guidance. I know it wasn’t a quick and easy answer, but to answer the question: I am always struggling in my beliefs and have my doubts, but I’m also learning and experiencing new things every day that bring me one step closer to the truth.

I have a hard time believing someday God’s going to decide who gets into heaven or who goes to hell based on whether or not they believed the right thing about a few ideas. I want to show that although people might have different views on the subject, that doesn’t mean they’re wrong and not going to get the ‘invite’ to heaven. Some of you may disagree with the things I’ve said, but I believe one of the reasons God has blessed me with this platform that thousands of girls read every day is so I can share His love and talk about Him, because this world needs more people who are brave enough to bring up the most important topic in the world.