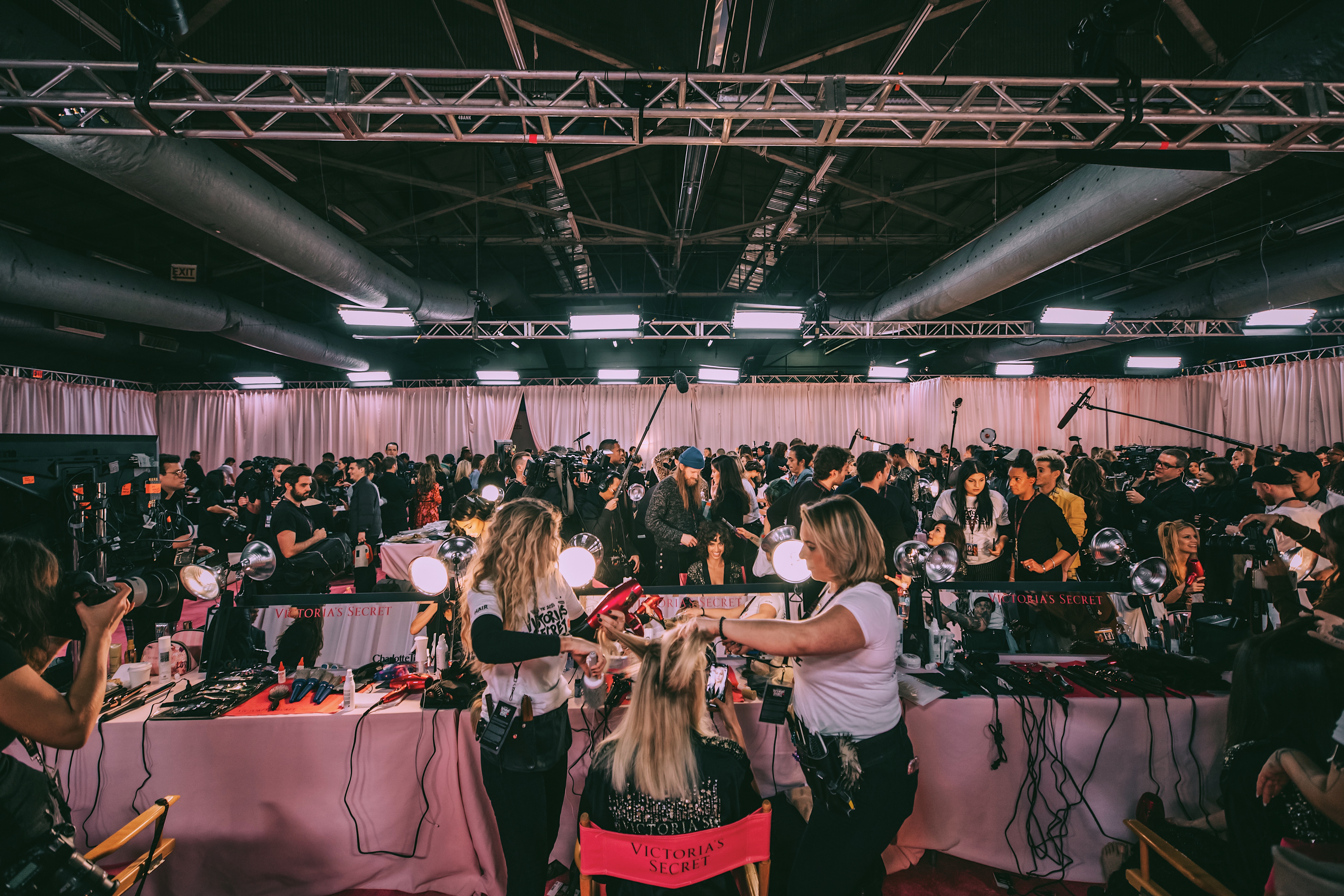 If you guys have been following along on Instagram lately, you’ve probably seen me blowing up your feed with lots of pink, sparkles, and angelic 6 ft tall women. I was lucky enough to get invited to the 2018 Victoria’s Secret Fashion Show that returned to it’s hometown this year and took place at Pier 94 in New York City! 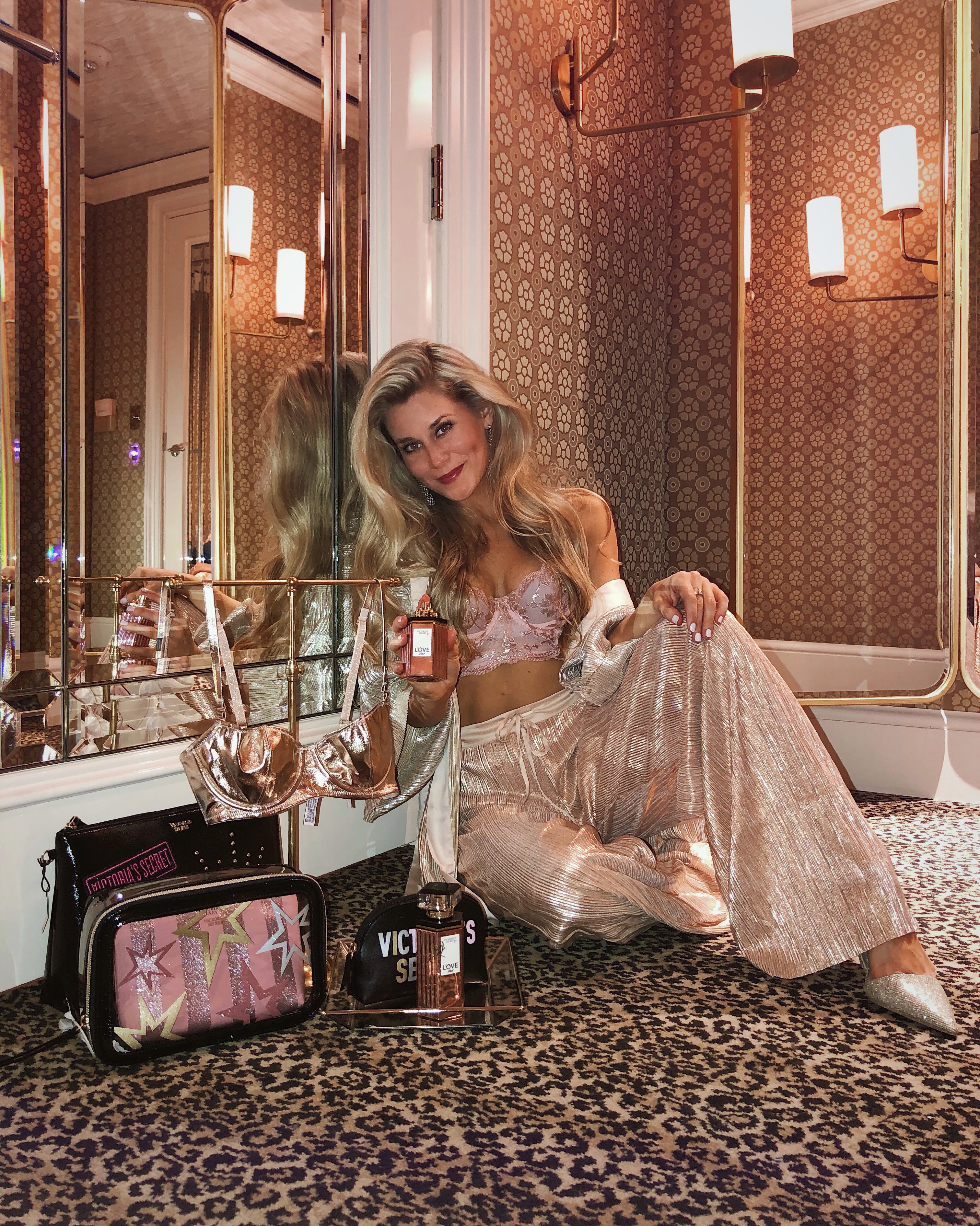 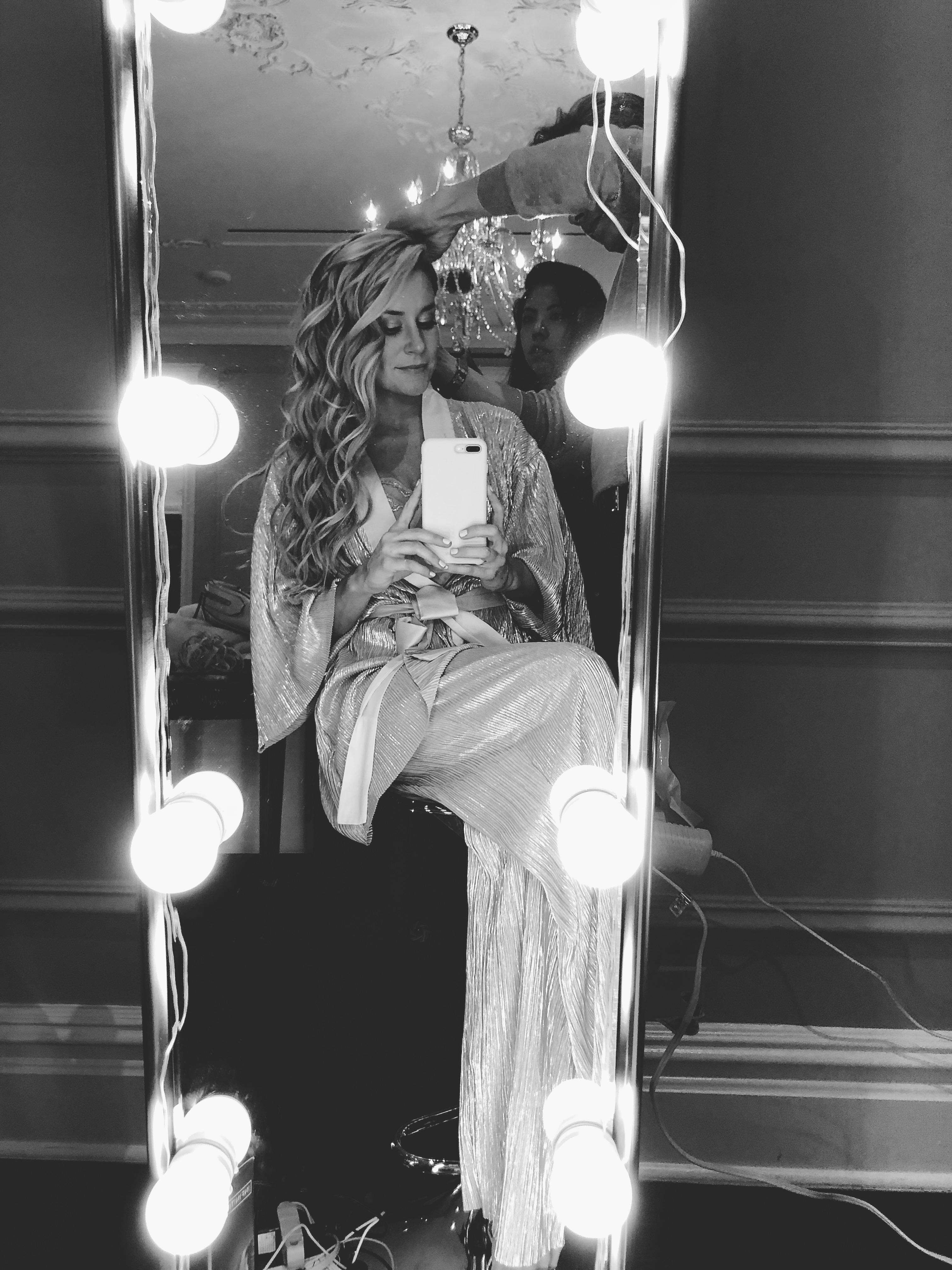 The events started on Tuesday with wine & pizza making night at Obicà with angel Jasmine and a group of other influencers who were invited to the show. Wednesday morning started off with a private angel suite appointment on the top floor of the 5th Avenue store where I was outfitted for the week and had the chance to style some outfits for upcoming shoots (check out the VS collection here). Next up was my beauty suite appointment at the Plaza Hotel where we were pampered with hair styling by Conair, nail painting by LeChat, and makeup by Charlotte Tilbury. That night, we were all invited to the pre-party hosted by VS & Mary Katrantzou at the Plaza Hotel where Alicia and I hung out with some of our favorite blogger girls – Cara Jourdan,  Tezza, Jenny, and Samantha. I also ran into two of my favorite bachelor girls – Jojo & Becca! 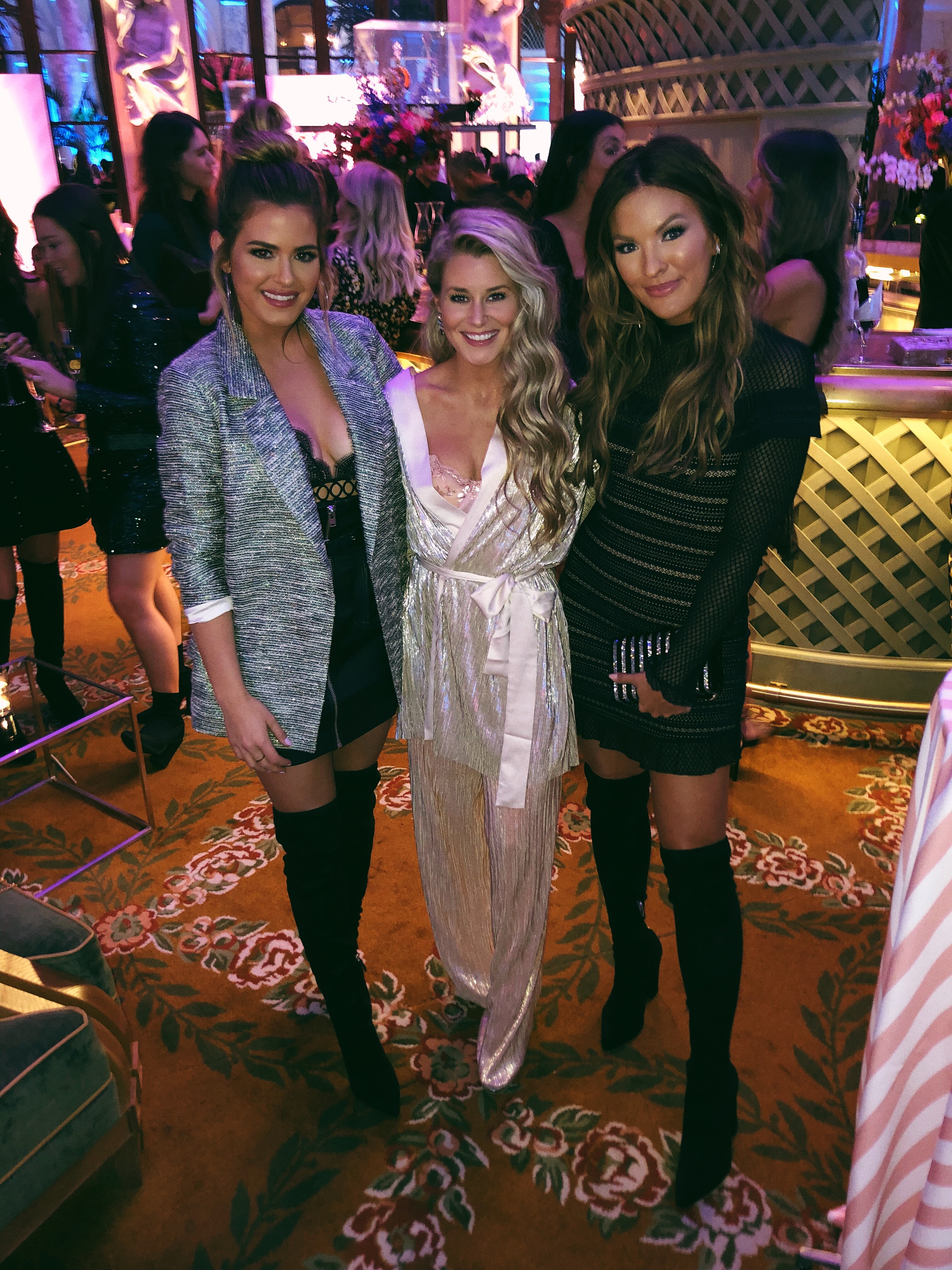 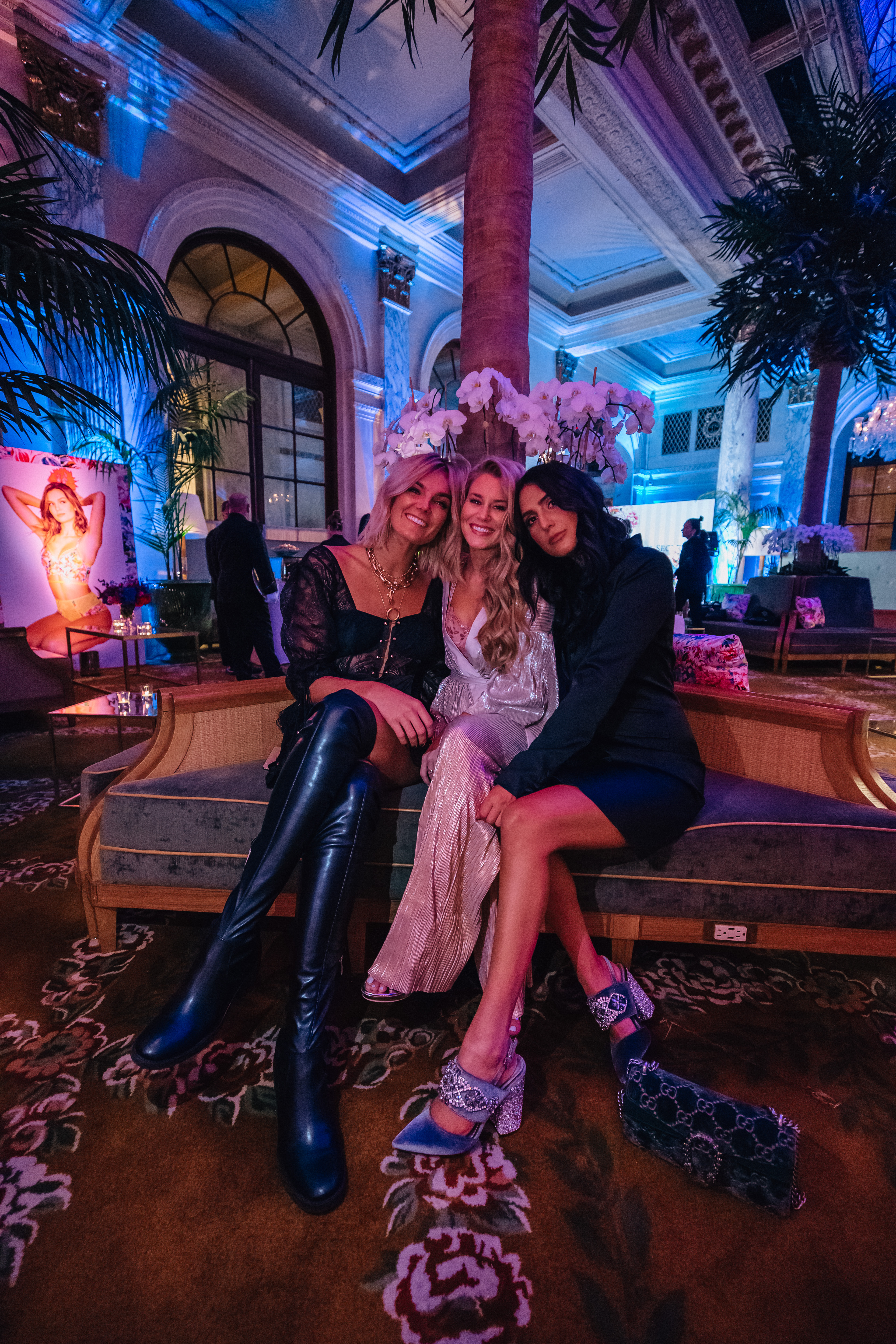 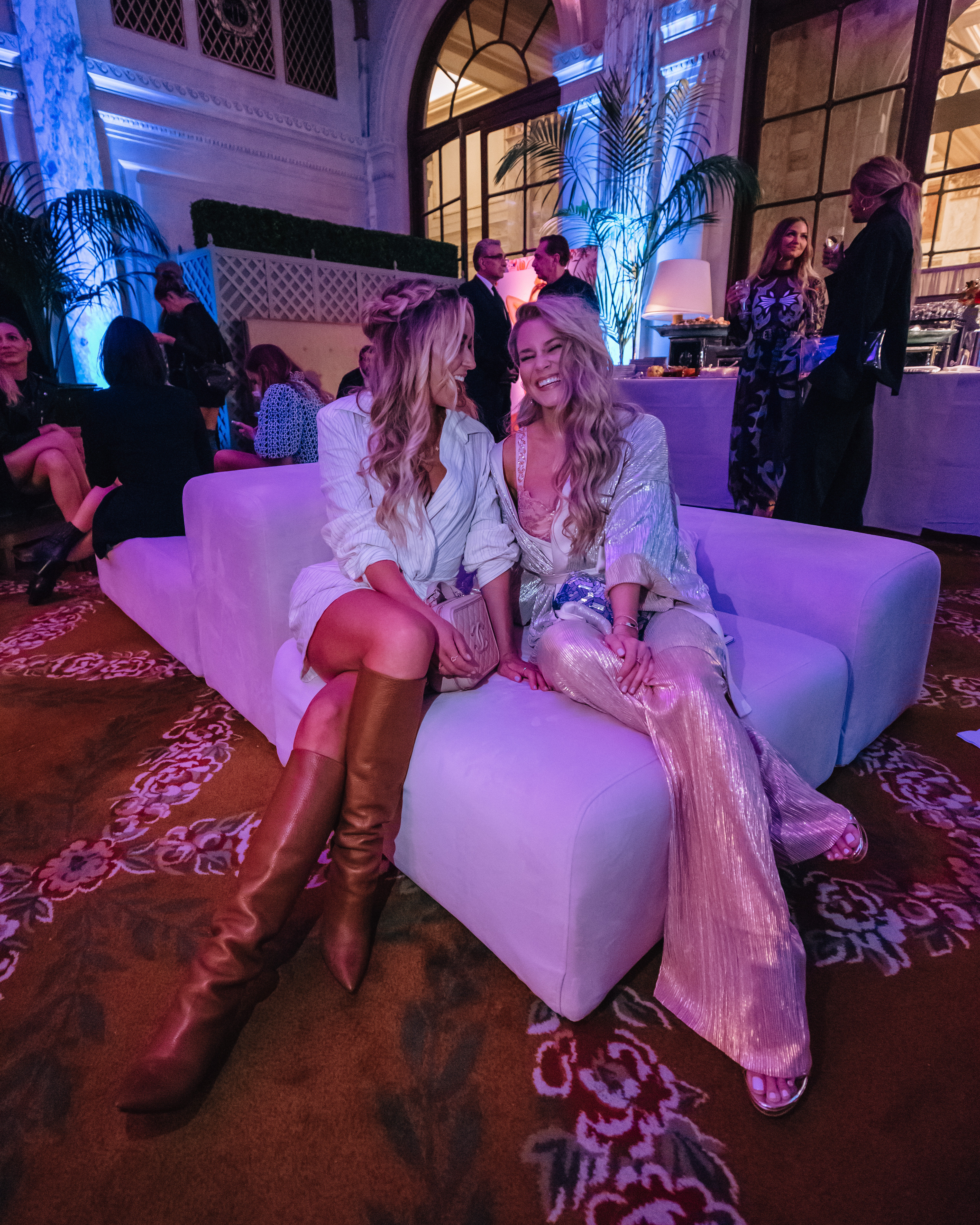 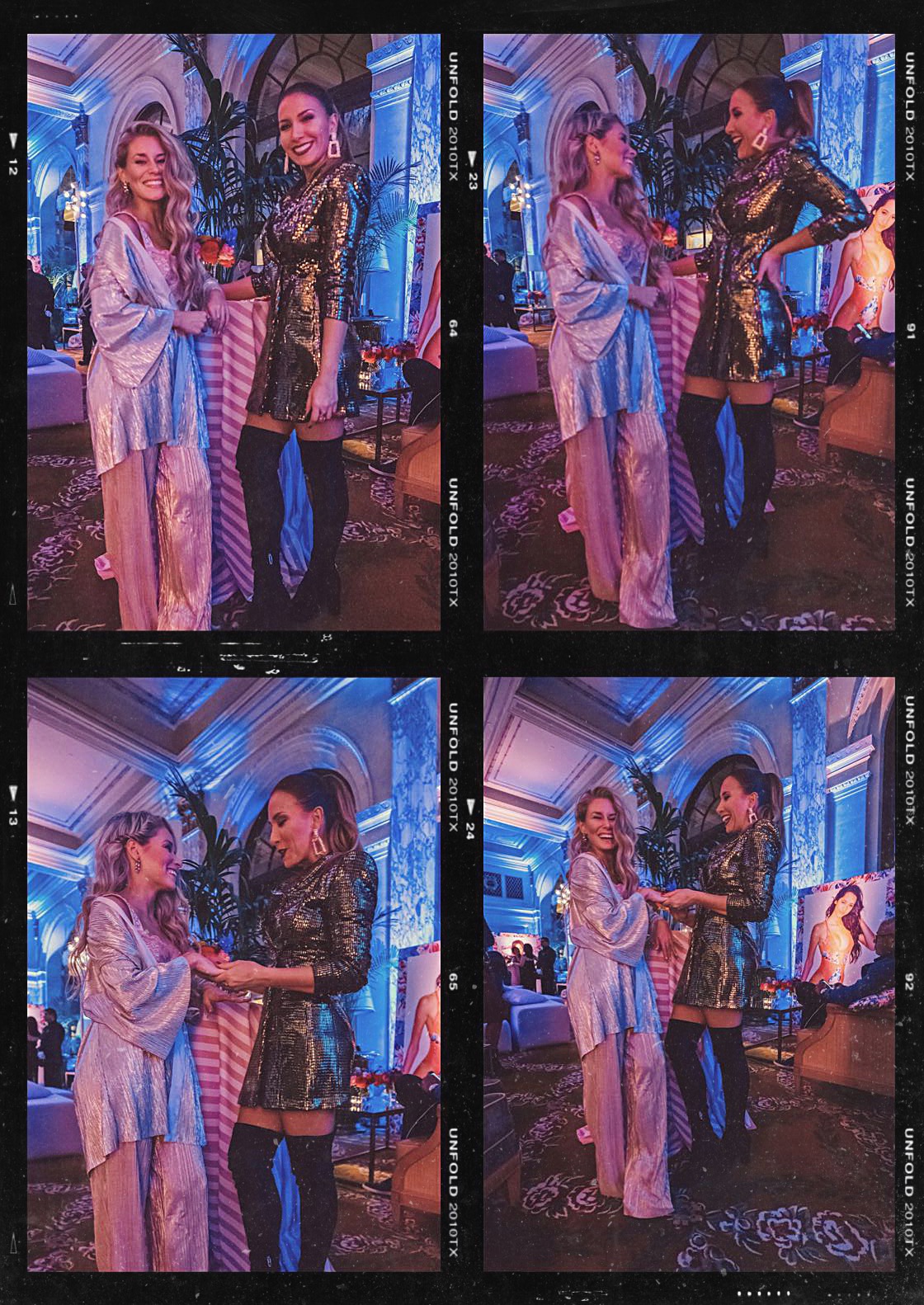 Besides the fact that I’ve never felt shorter in my life, going backstage to hang out with the models as they prepped for the show was amazing. Alicia and I were trying hard to act super casual, but easier said than done when you’re standing 3 feet away from Kendall Jenner. And yes, I can confirm that she does her own mascara (she’s just like us 😂).The room was filled with flashing cameras & video teams from E! News, ABC, and the hot pink carpeted floors were covered in extensions and hot tool cords. Of all the angels I’d have to say Gigi was my favorite – so well spoken, spunky, and just a natural beauty. Alicia and I happened to be in the right spot at the right time, and were standing right in front of her while she did an interview for ABC with Winnie Harlow. Adrianna Lima was the first angel I talked to backstage and she was so sweet and welcoming! It was her last time ever walking in the show after 19 years with the company. We saw Elsa Hosk show off the fantasy bra that we got to see up close and personal. It’s covered in over 2,100 diamonds and a 71-carat centerpiece and took over 930 hours to make. The cherry on top of this experience was meeting Olivia Palermo backstage before heading back to my apartment to get ready, she was so sweet! 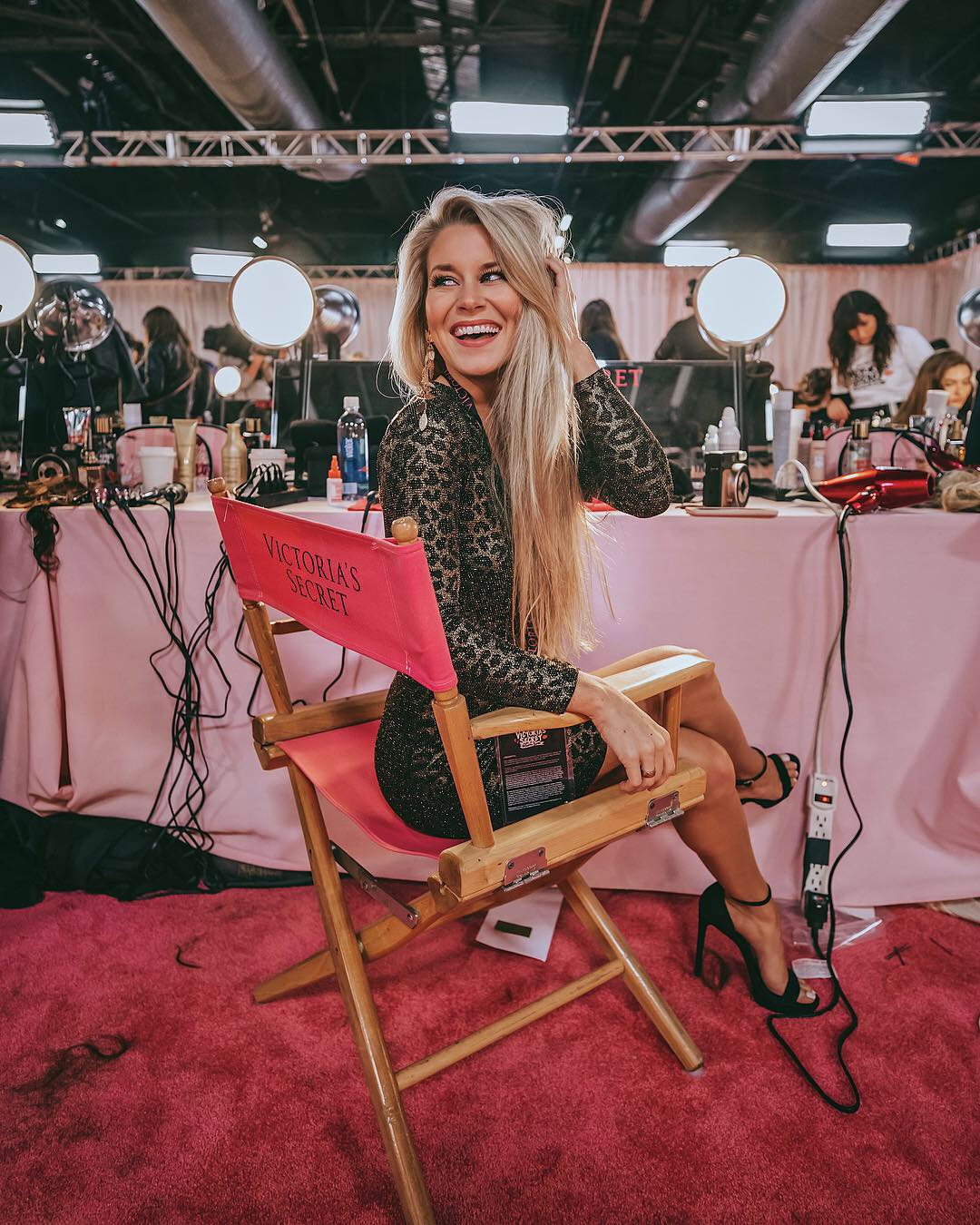 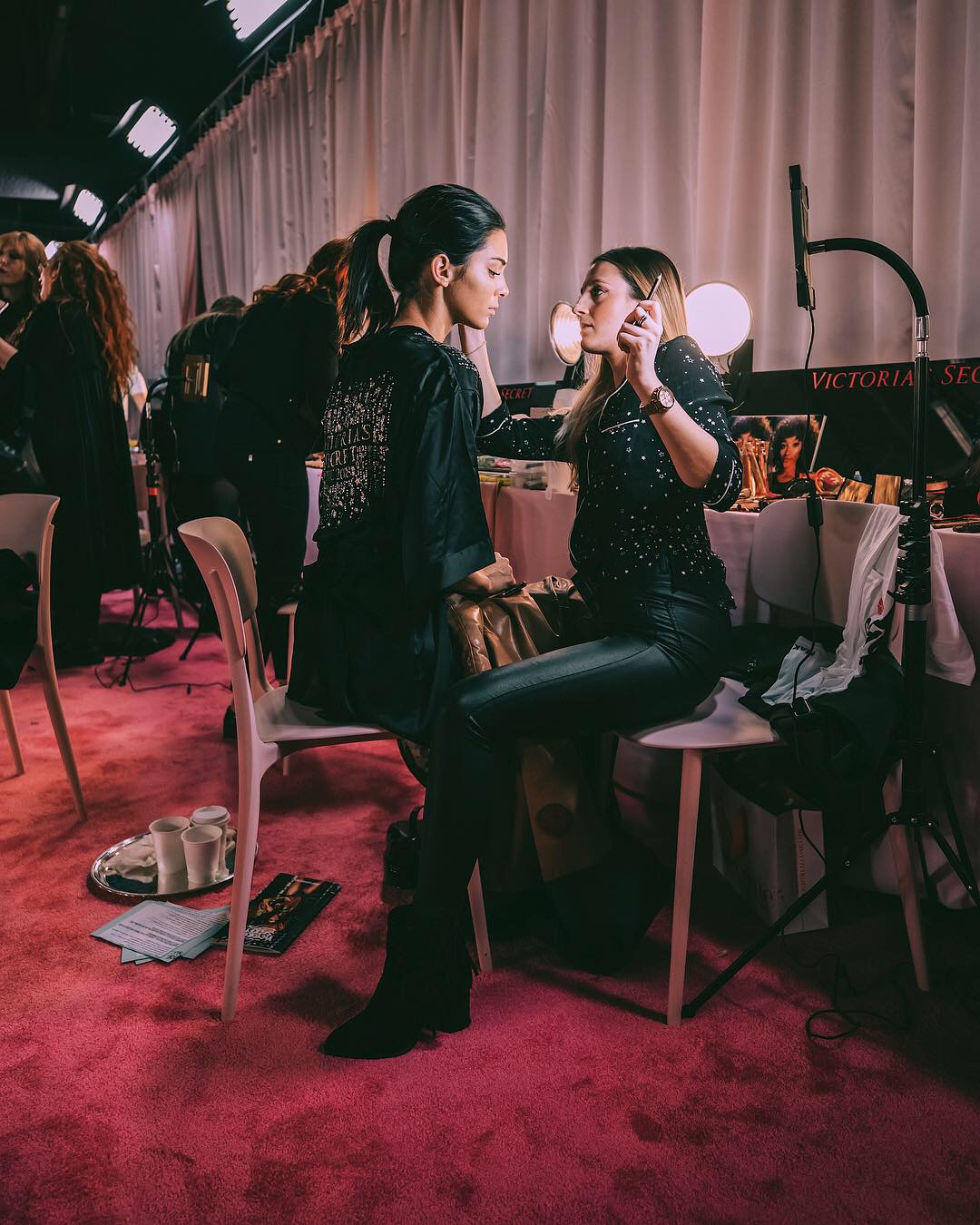 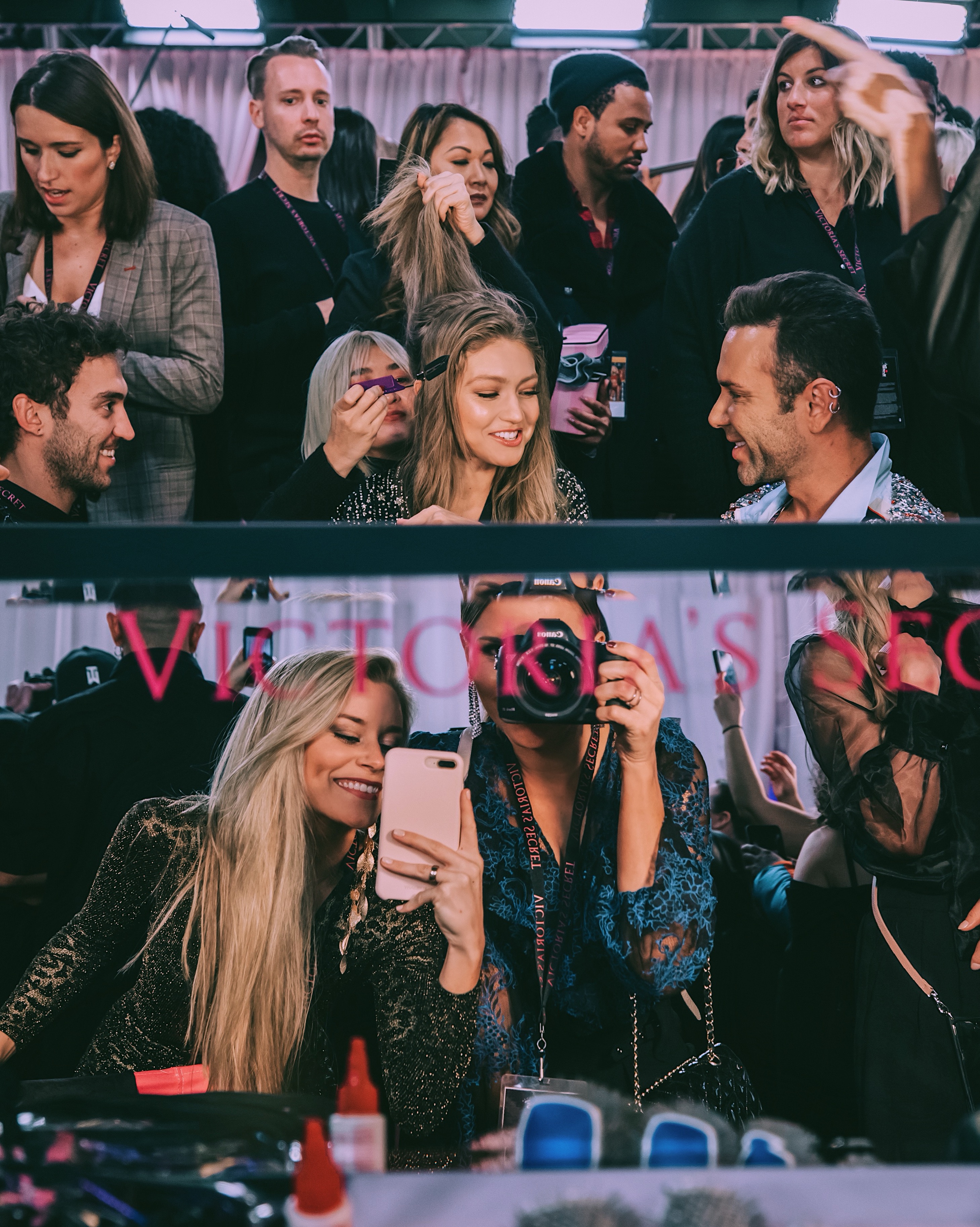 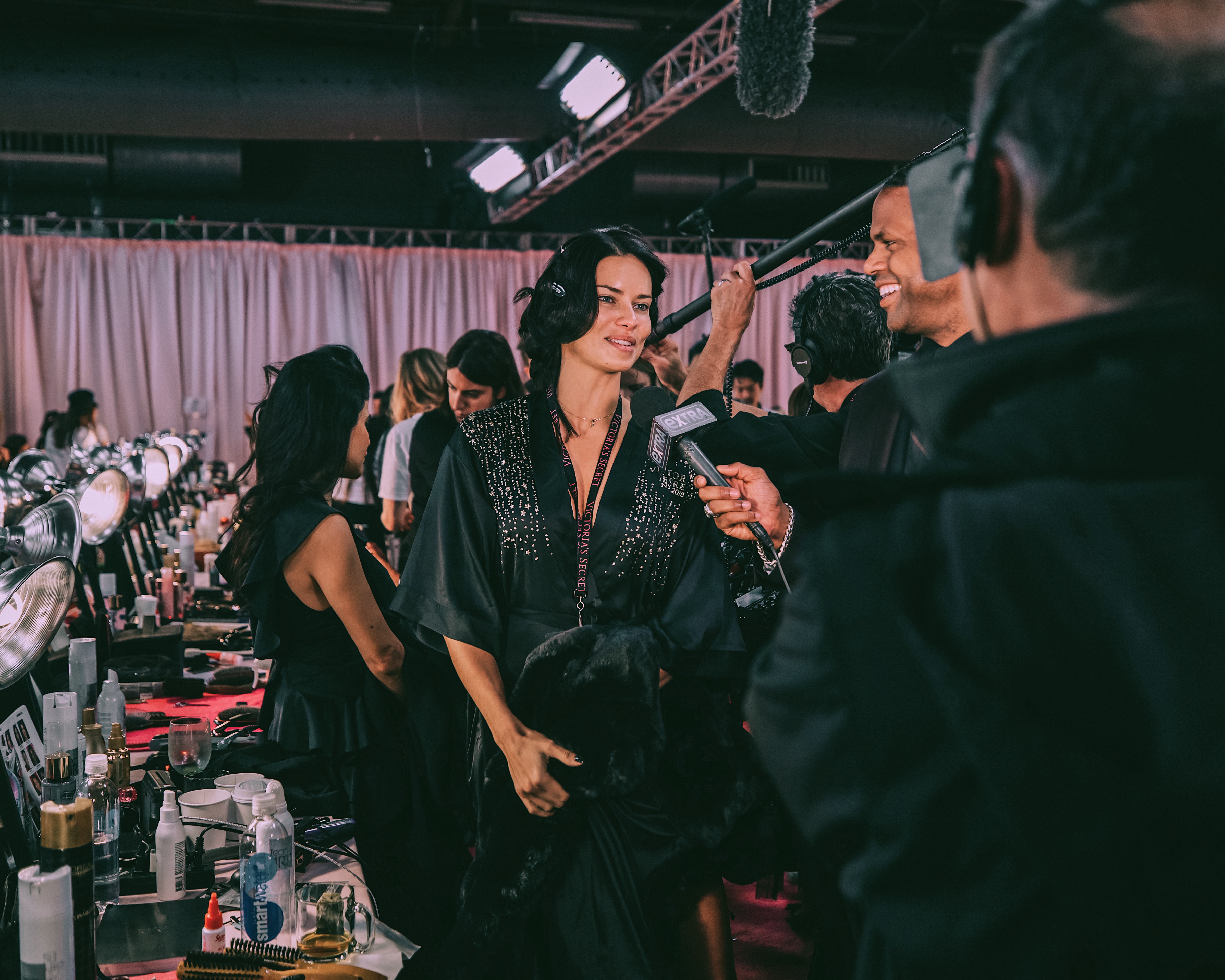 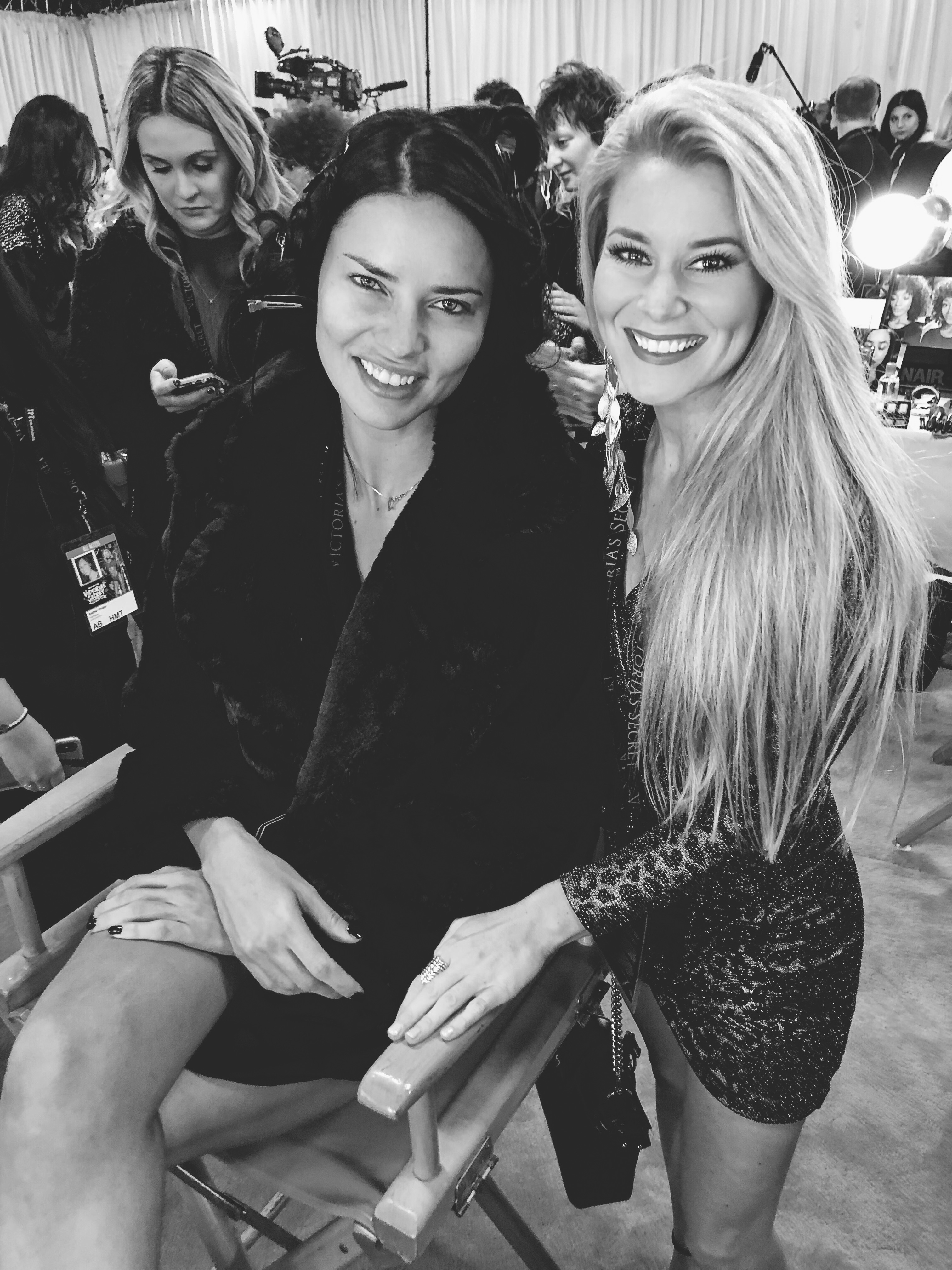 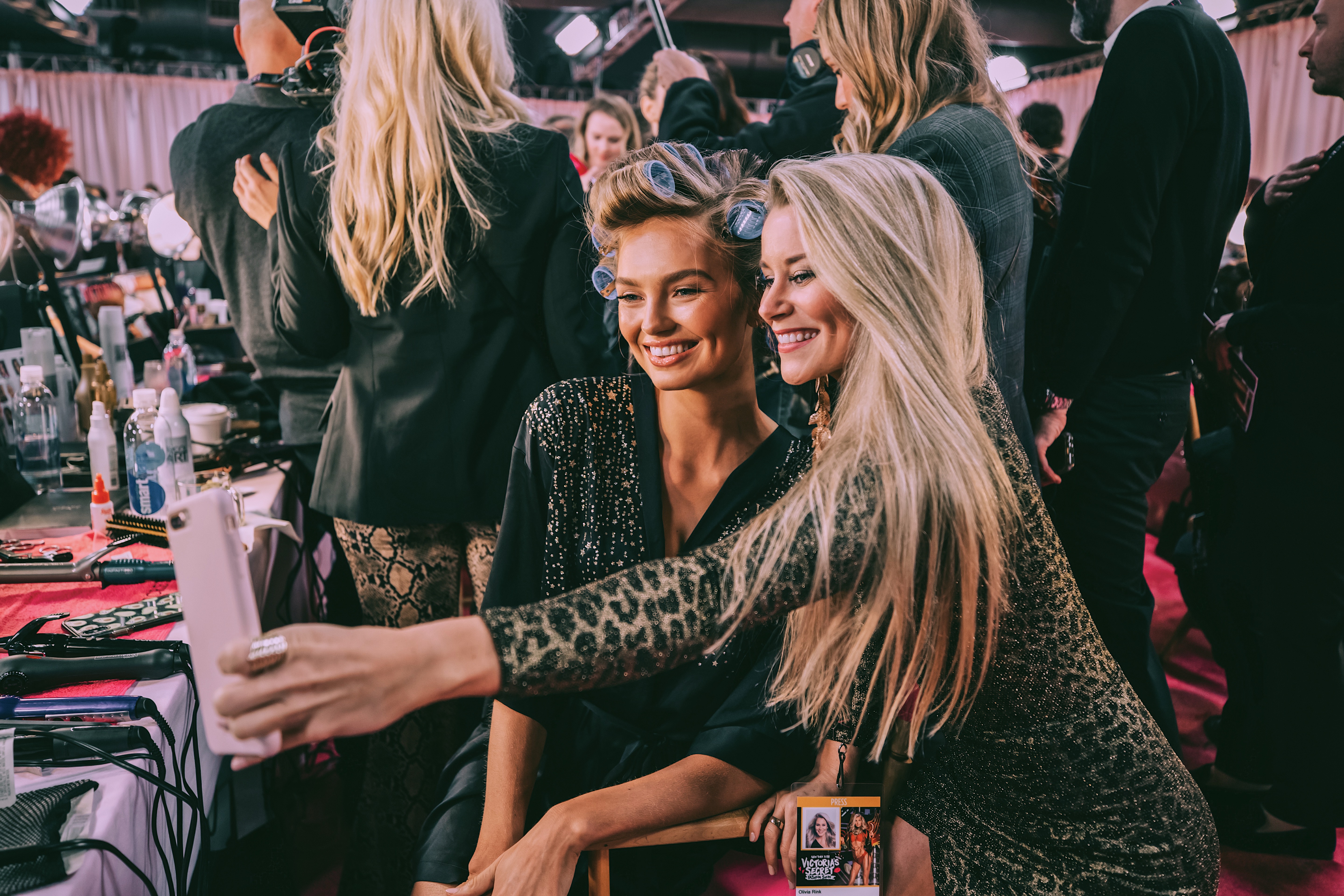 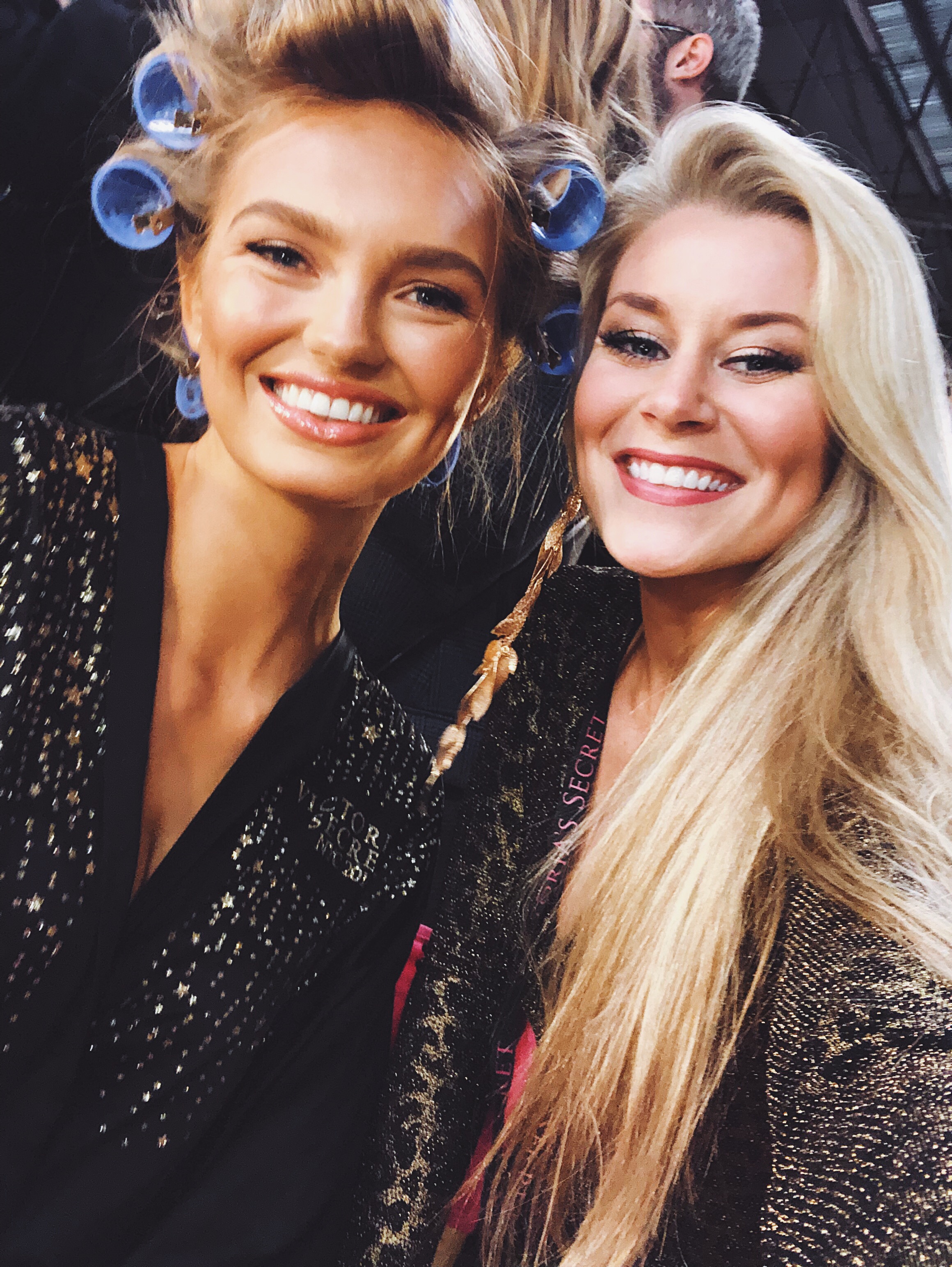 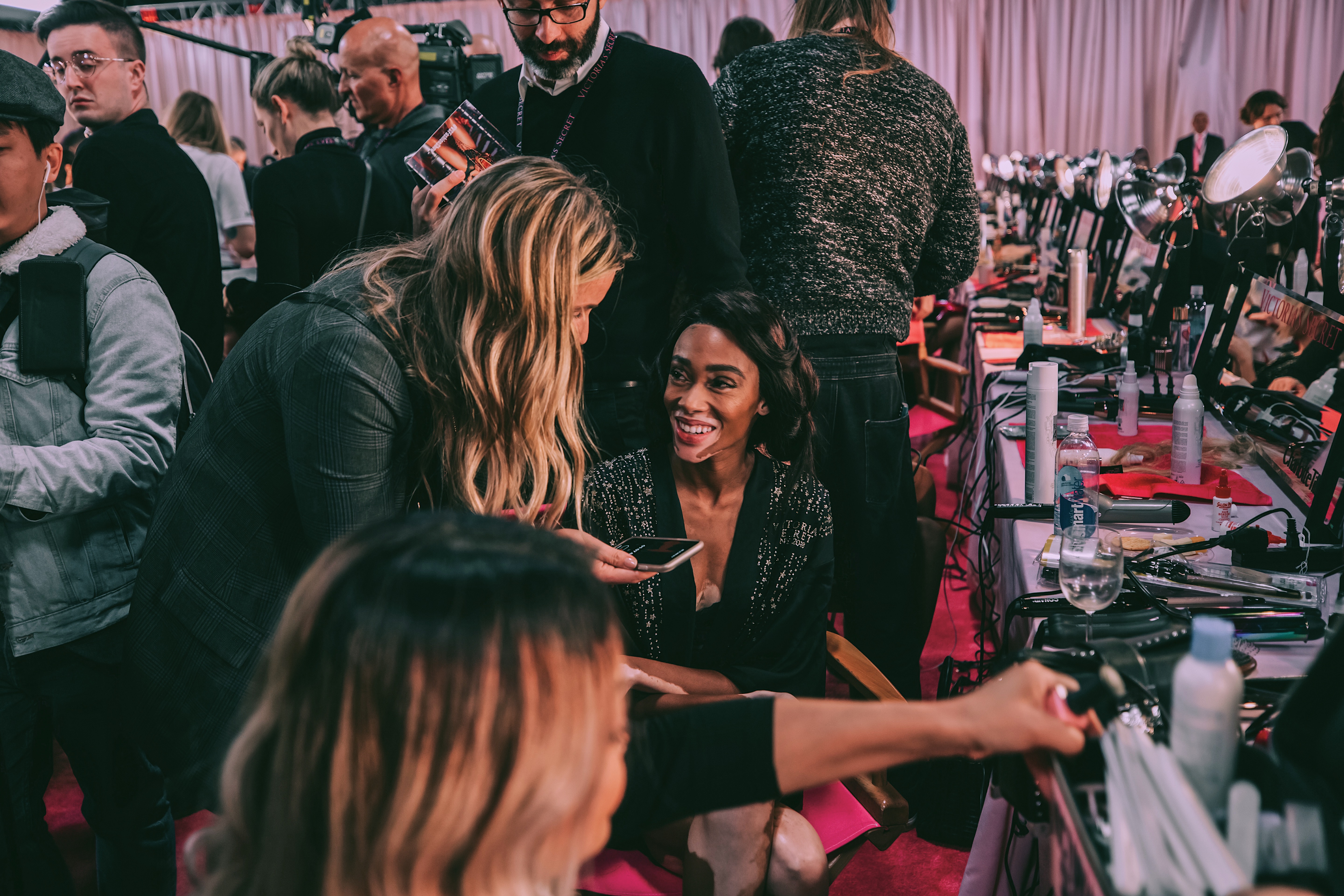 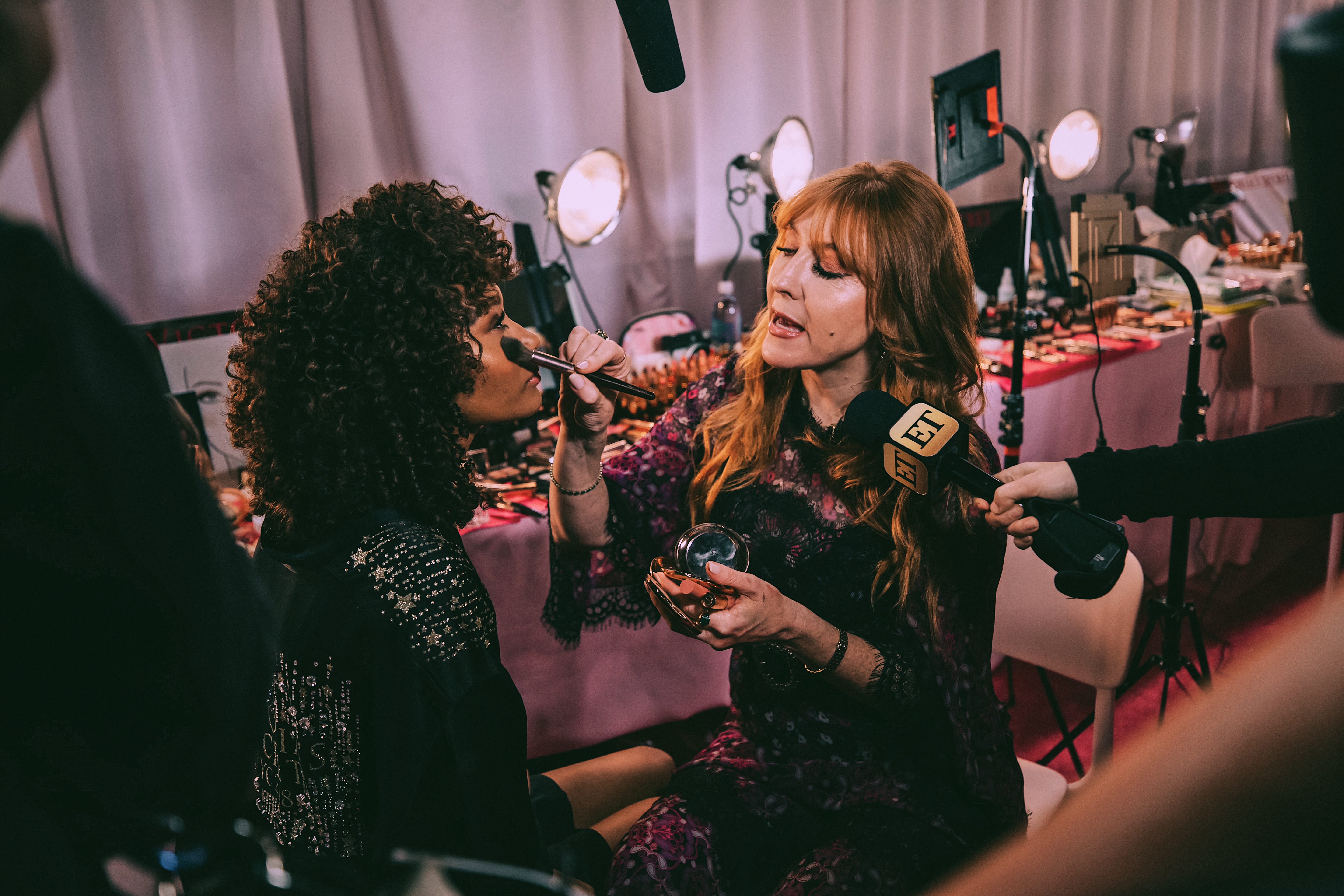 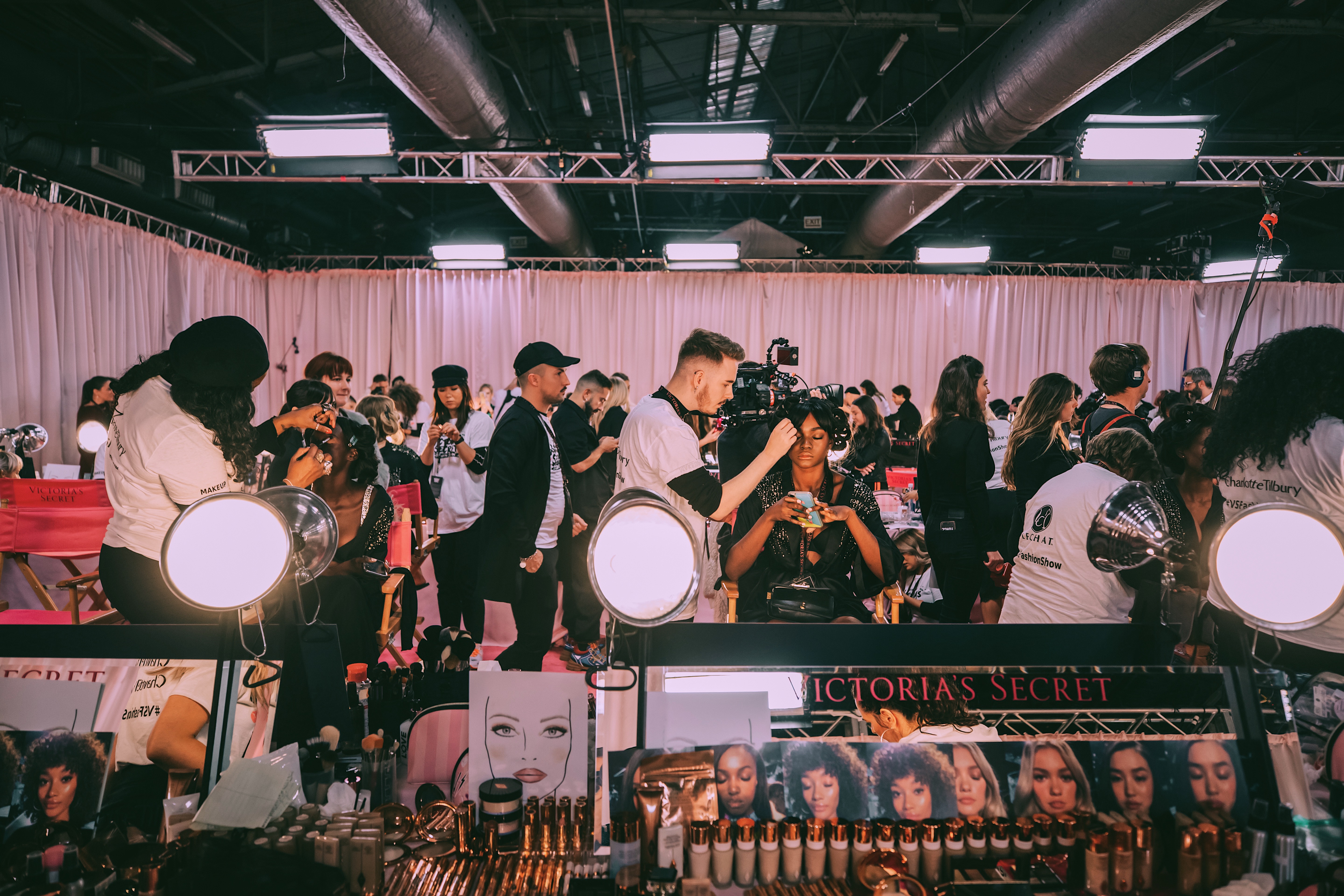 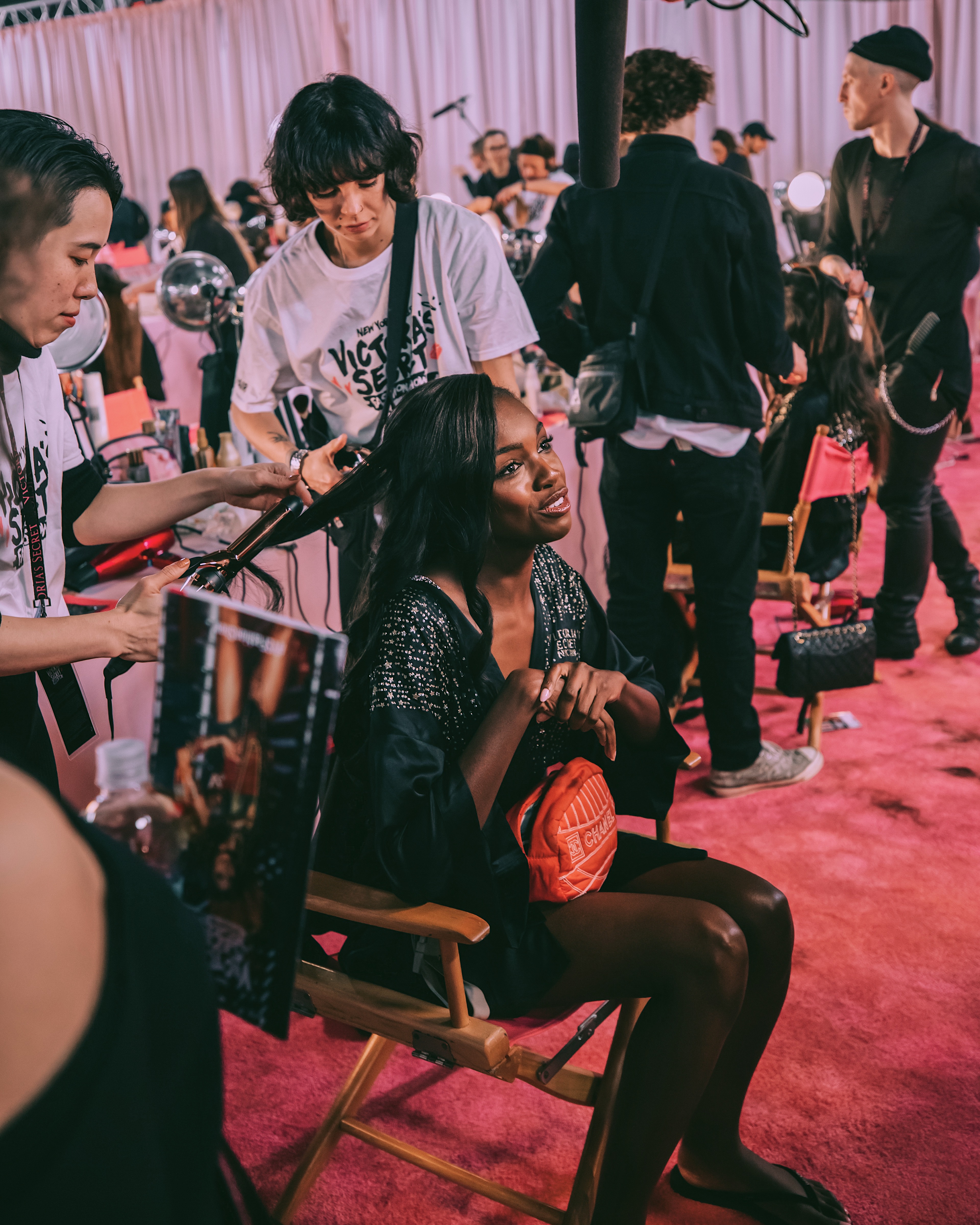 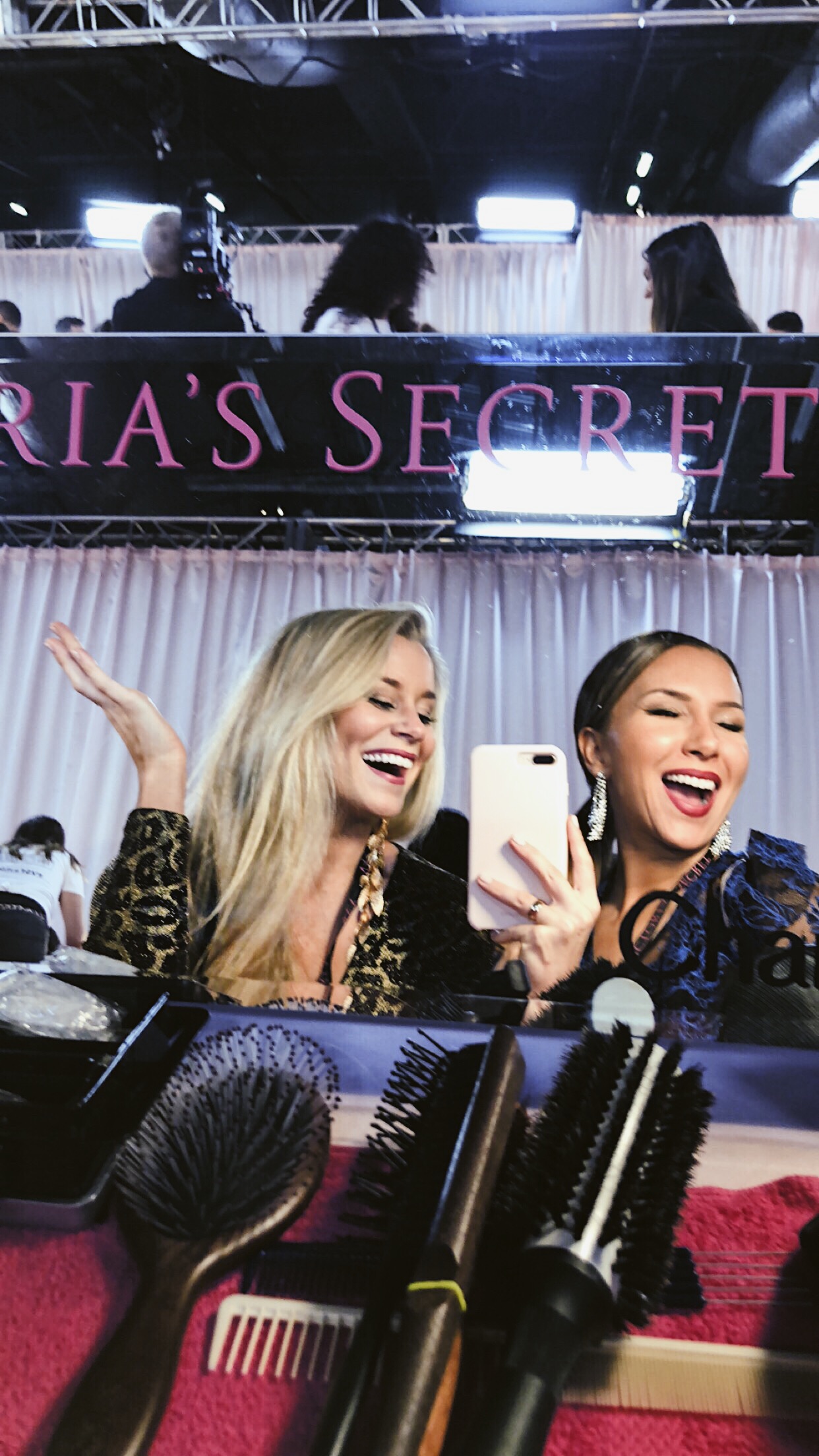 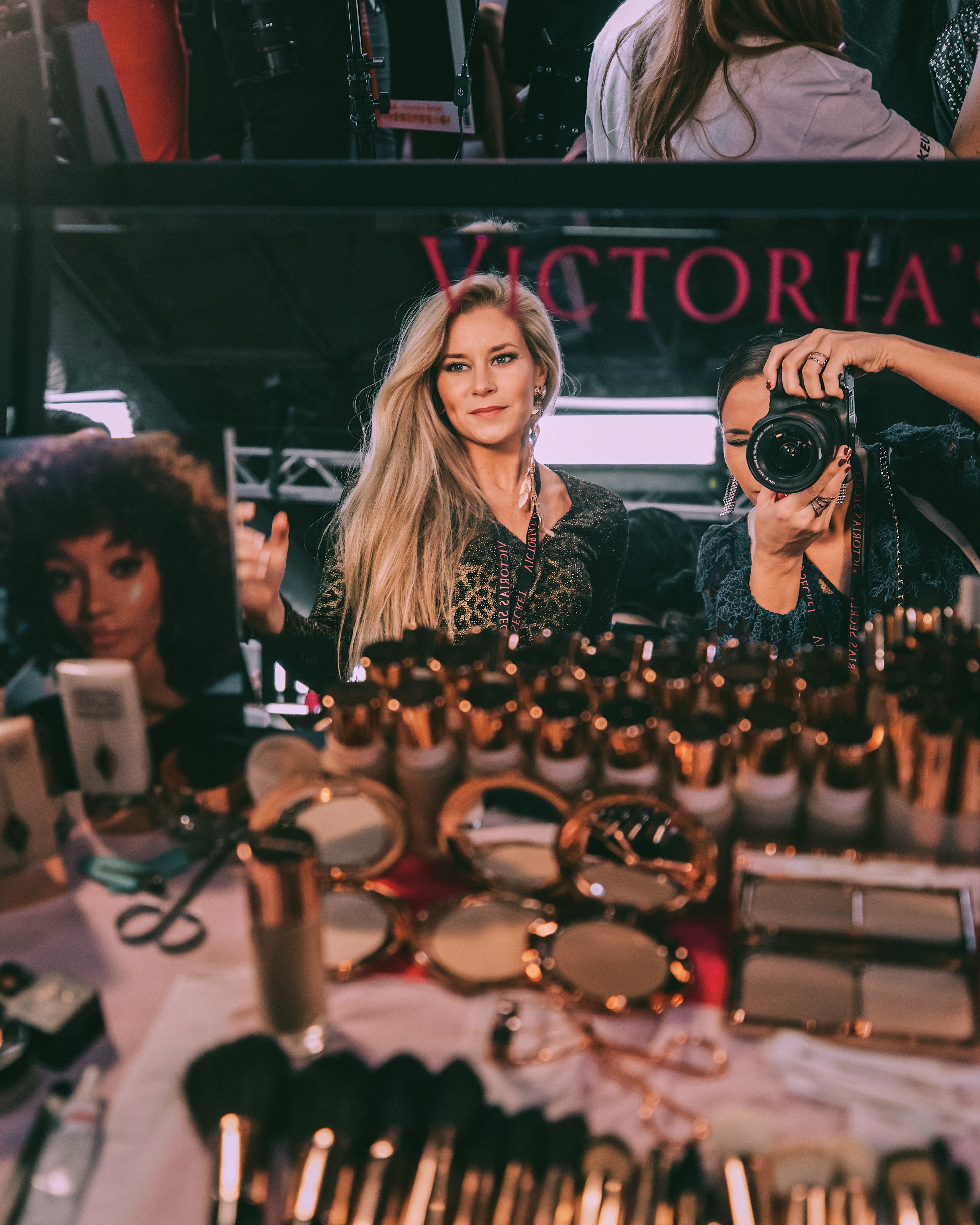 We could see the hot pink lights outside of Pier 94 hundreds of yards away as we were pulling up to the venue. They actually film the show twice – once at 6:00 and then again at 8:00 – we attended the 8:00 show. The actual room where the how takes place is so much smaller and more intimate than it looks on tv! I was seated next to Pam Hetlinger (The Girl from Panama) and Lauryn Evarts of The Skinny Confidential and sitting directly behind Dylan Sprouse. So I experienced an up close and personal view of the sweet moment when he stood up and watched Barbara walk down the runway with his hand on his heart (peep the video below).

Pretty sure @dylansprouse in awe of @realbarbarapalvin walking the runway was the greatest moment of the #VSFashionShow. video via @laurenegg

The room was filled with familiar celebrity faces – it was so cool being so close to these people I only ever see on TV! I loved watching the OG angels walk the runway like – Candace, Elsa, and Behati, but also loved seeing newbies like Winnie Harlowe – the first model with vitiligo to walk the runway, she looked incredible! We were were also just a couple rows away from Adam Levine who stood up with a group of 5 guys who clapped and yelled whenever Behati graced the runway! The special effects at the show were all pretty incredible (like rain falling from the ceiling!) but I’ll save the details until the show airs in December. 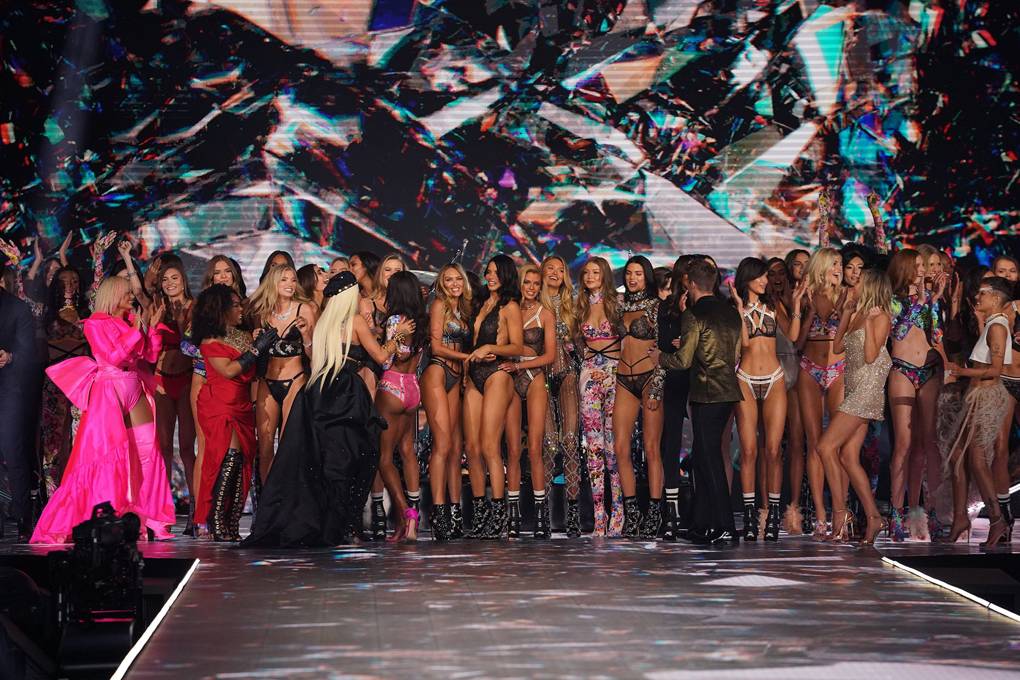 Not only was it amazing seeing the models & the VS costumes – the show was also like a private concert with some of today’s most talented artists. Halsey totally stole the show and was such an awesome performer, definitely my favorite from the night. But also loved Rita Ora, Shawn Mendes, Kelsea Ballerini, and The Chainsmokers. Each performers opened a new theme within the show with one of their top songs. 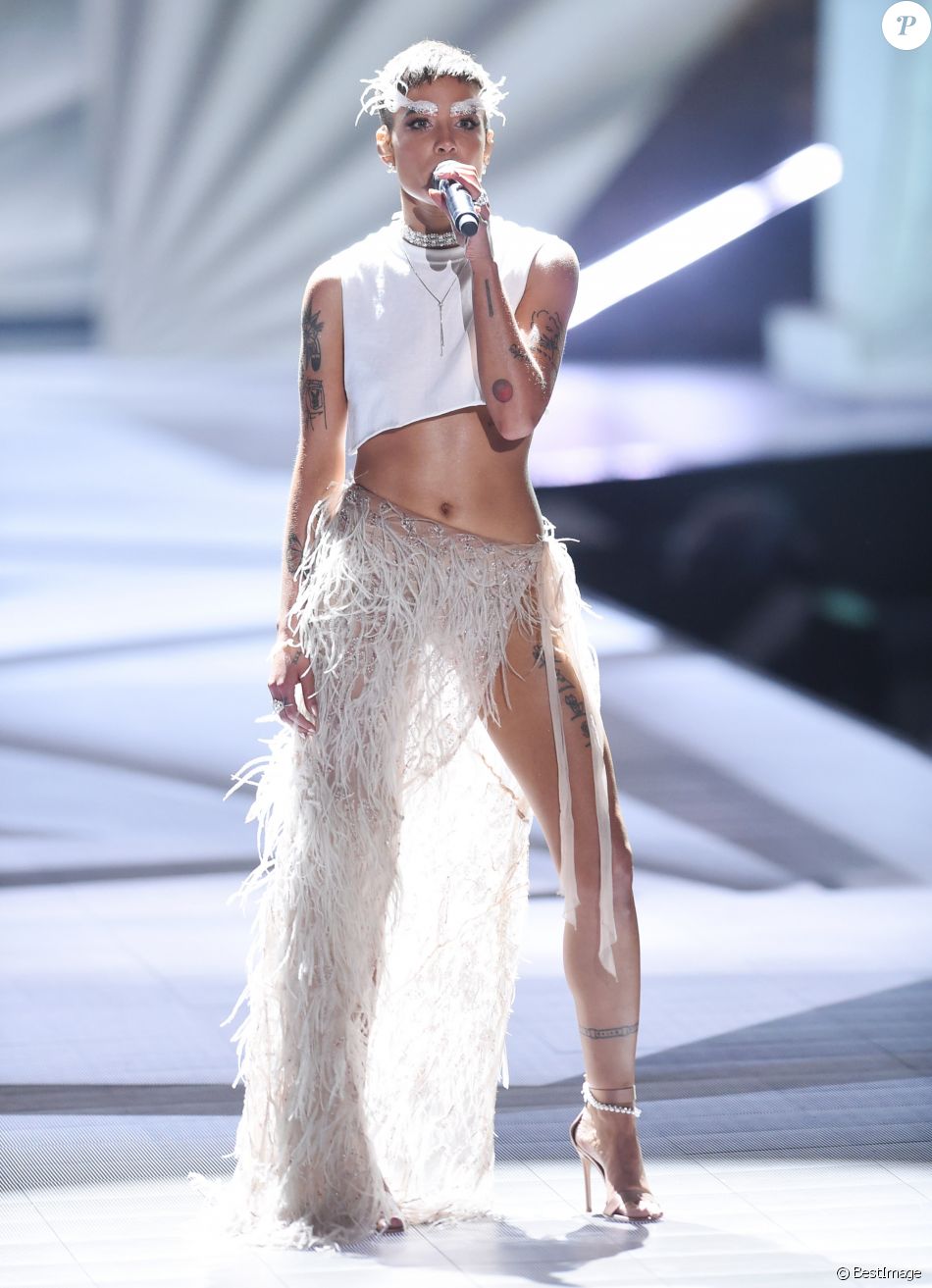 Immediately after exiting the stage, we walked through double doors that lead to the ‘Pink Carpet’ and then the after party. The room was filled with pink and purple lights, bars surrounded by sparkling glasses and loud music & strobe lights. It was so cool to see the angels enter the part and walk the pink carpet in their after party dresses! Here are some pictures we snapped at the after party 💜 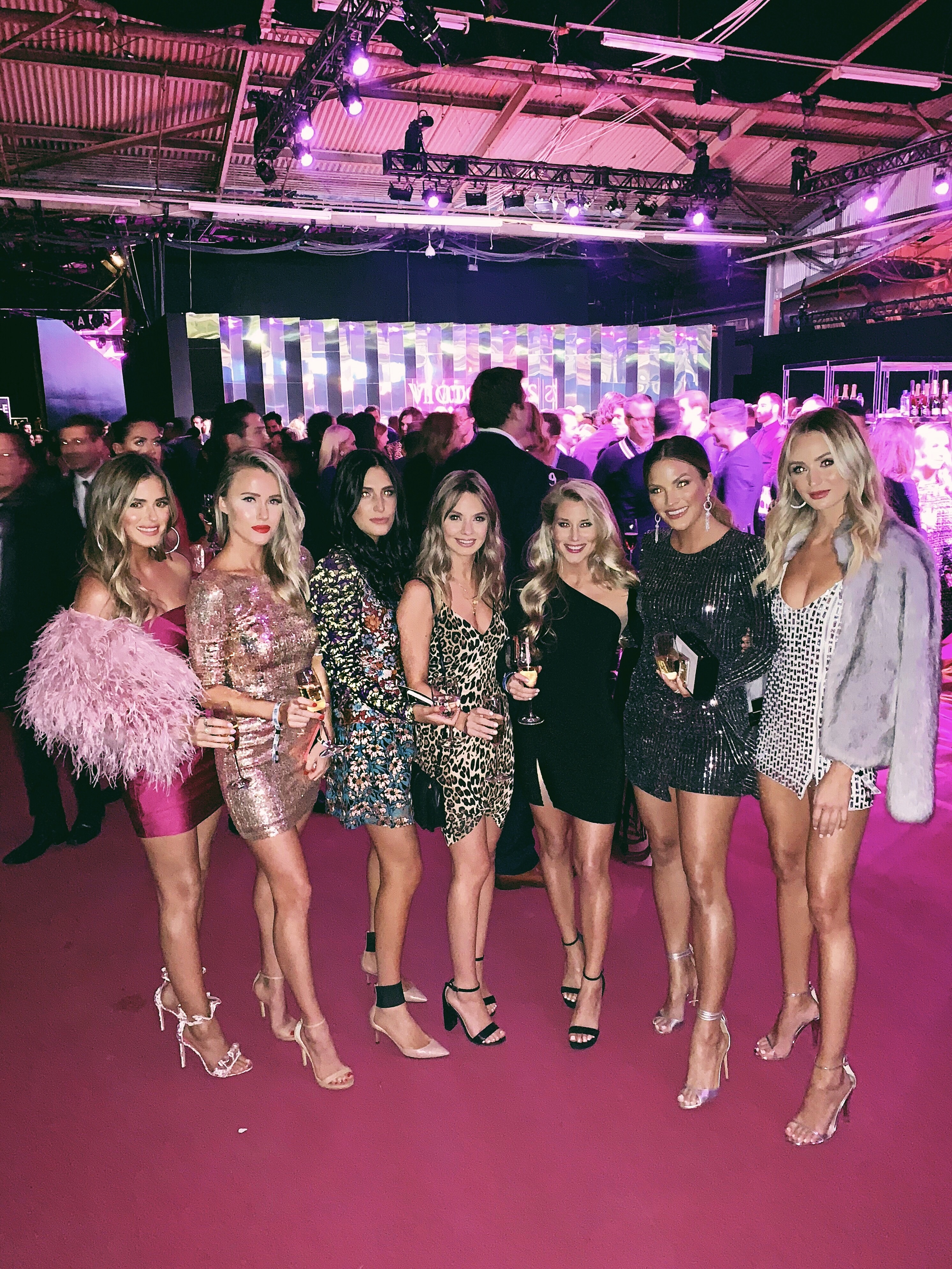 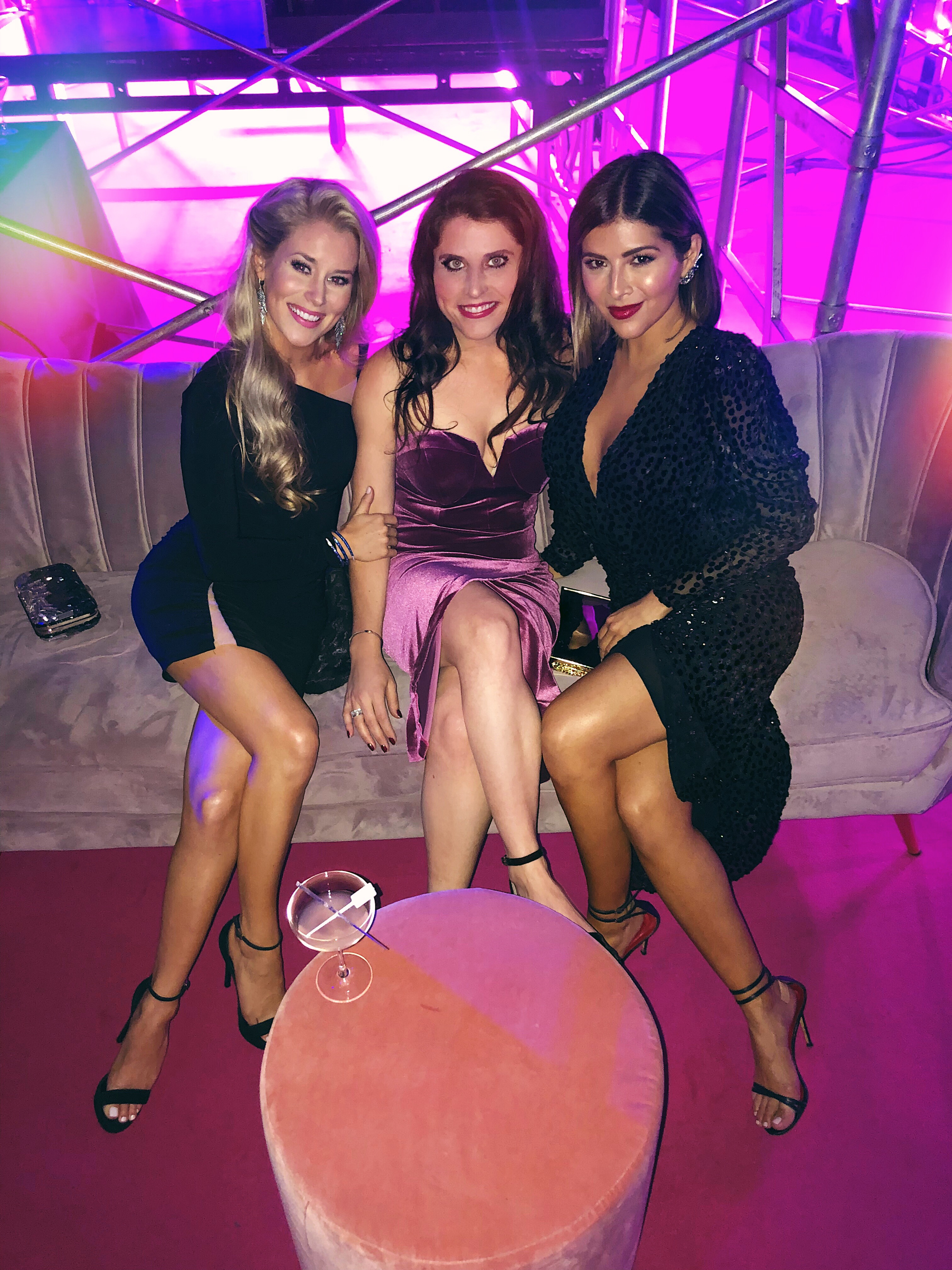 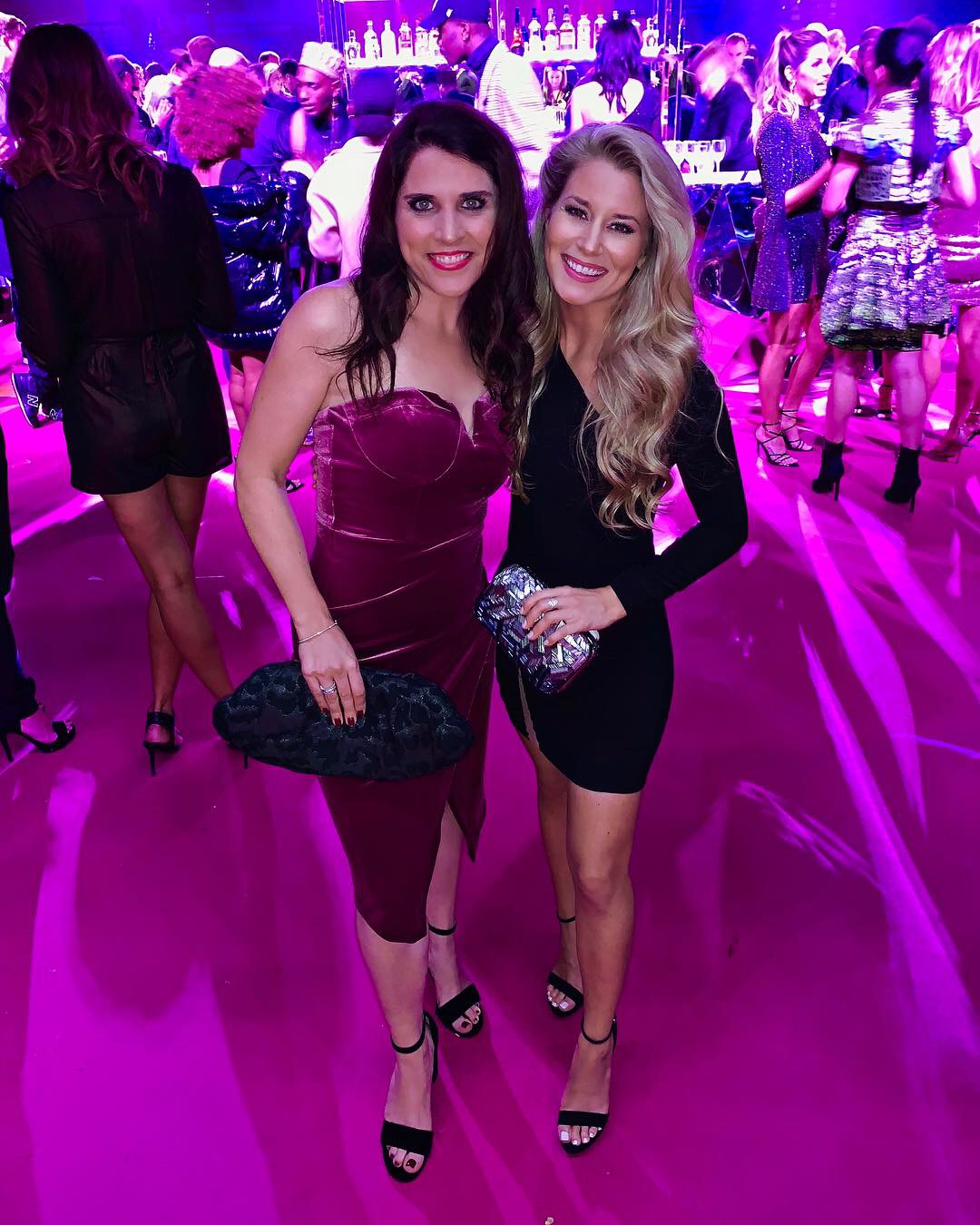 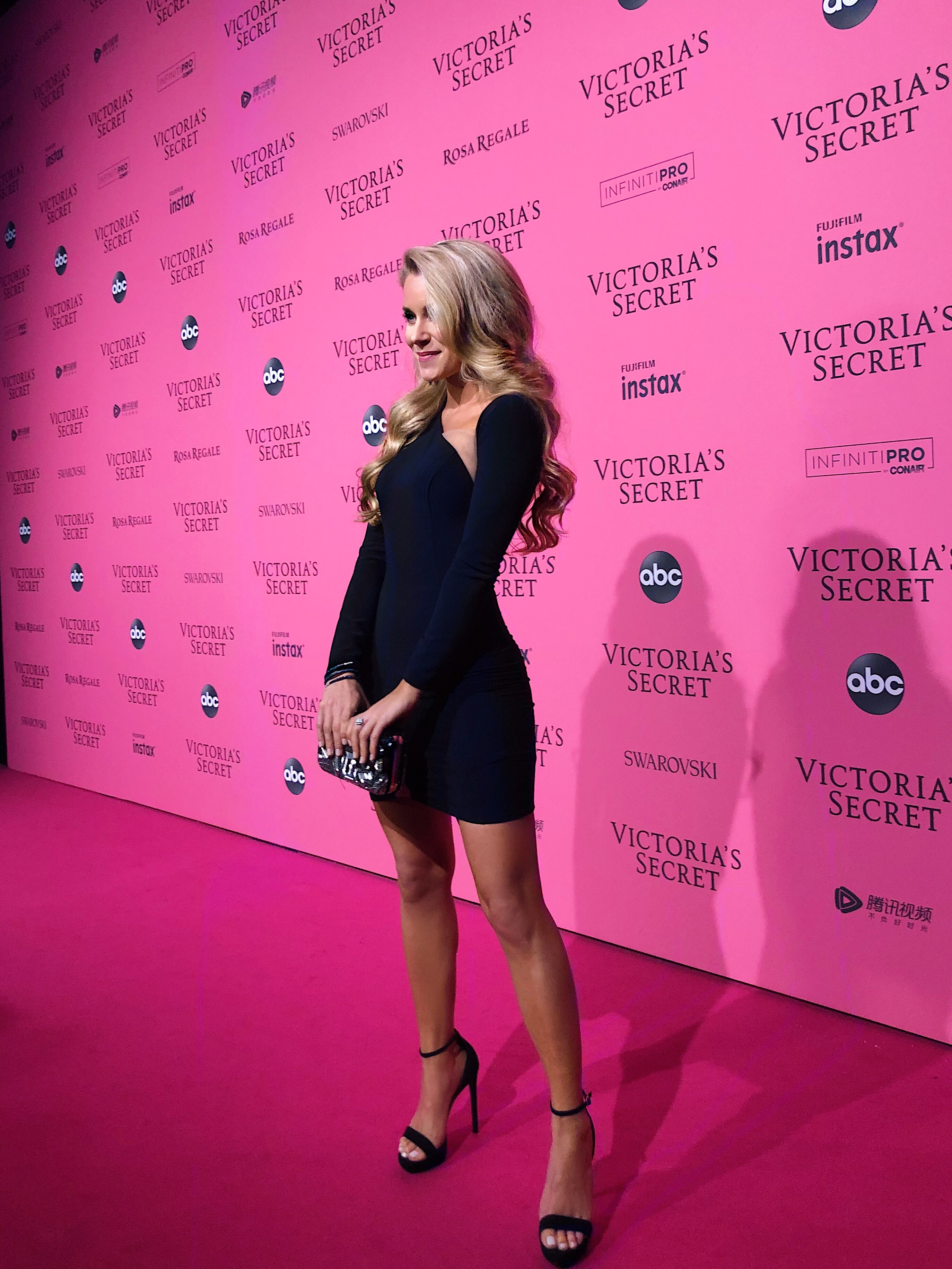 I can’t thank Victoria’s Secret enough for this entire experience! This was definitely one of the coolest opportunities I’ve been given since starting my career in the fashion industry. I’m so happy I could give you guys a little inside look at what goes on behind the scenes at the most watched fashion event in the world. The show will broadcast Sunday, December 2nd, at 10 PM EST on ABC!

Shop all of my outfits from the week here: 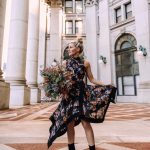 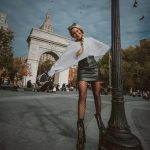 12 Free Things To Do On Your Next Visit to NYCADVICE + THOUGHTS, TRAVEL